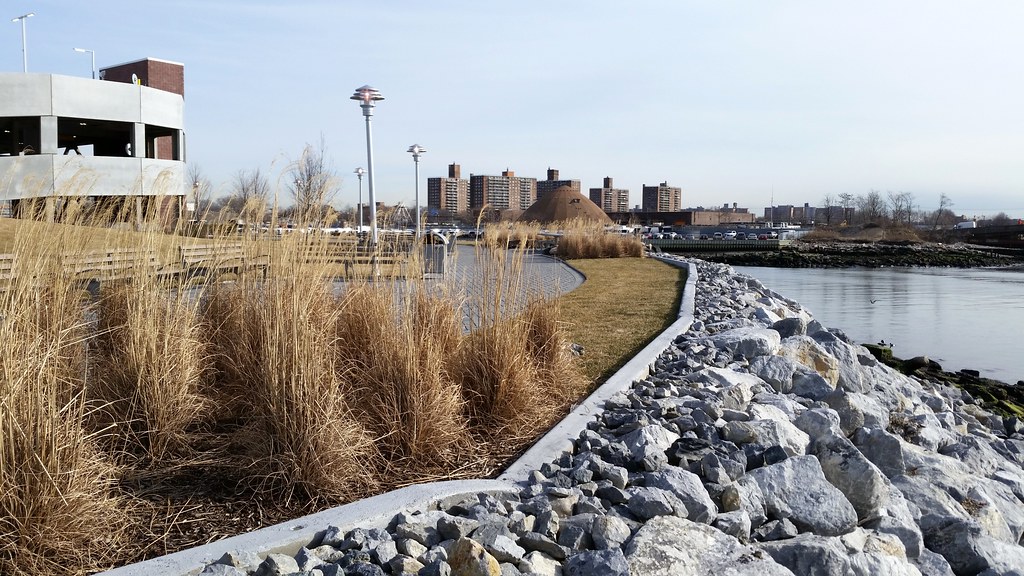 This peninsula jutting out into Gravesend Bay was constructed from landfill sometime in the latter half of the 20th century (aerial photos: 1951, 1996). I don't know what it was originally used for, but in recent years it served as a school bus parking lot. The edges of the peninsula were once higher and dropped off sharply toward the water, as I discovered in 2009 when I visited with some friends; at the tip of the peninsula (about where I was standing when I took the photo above), someone had secured a long rope to the top of the slope to aid in climbing down to the rocky beach at the base. Starting in December 2012, the site was redeveloped for retail use, and a giant BJ's Wholesale Club just opened here in mid-September. The construction of a public walkway along the shore (pictured above) was required by the city's waterfront zoning regulations.