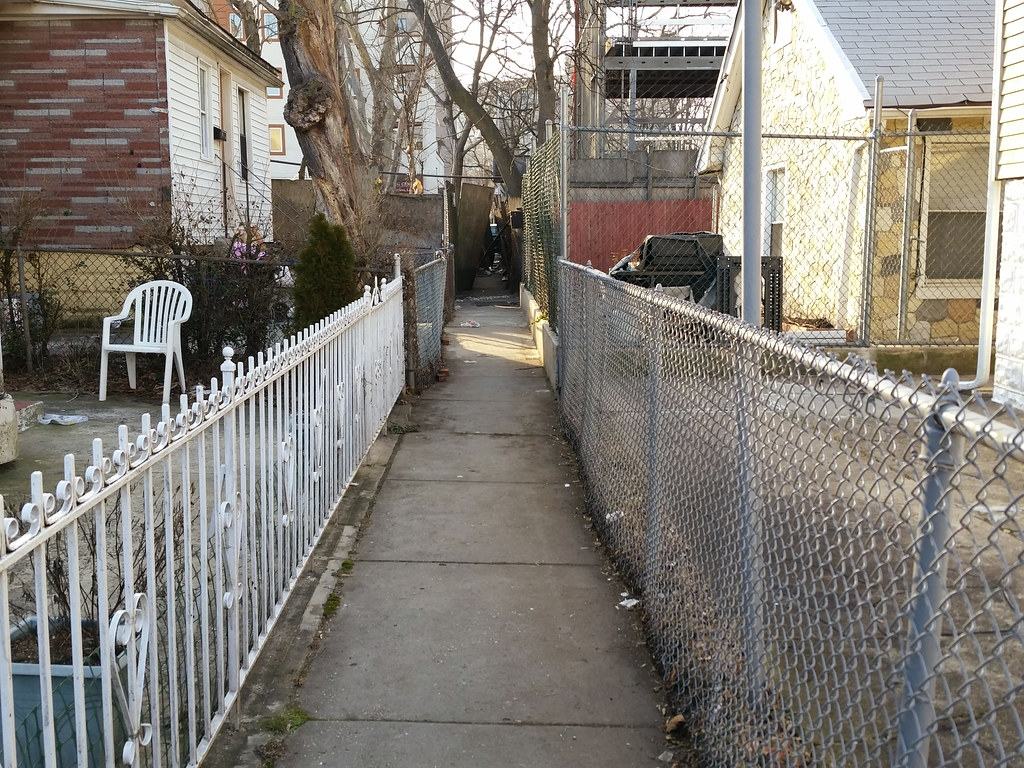 This is one of the many narrow pedestrian alleys (map) crisscrossing Brighton Beach's dying bungalow district, which has been heavily scarred by haphazard development over the past 15 years or so. (Note, for example, the skeleton of the multi-story building-to-be in the background at right. That project, which required the demolition of three houses, has been stalled since at least June 2012. And in the background at left, you can see a shoddily constructed plywood fence, part of which is toppling onto the walkway. That fence surrounds three lots acquired almost a decade ago by a developer who leveled the houses that stood there by 2009 and has left the land sitting vacant ever since.)