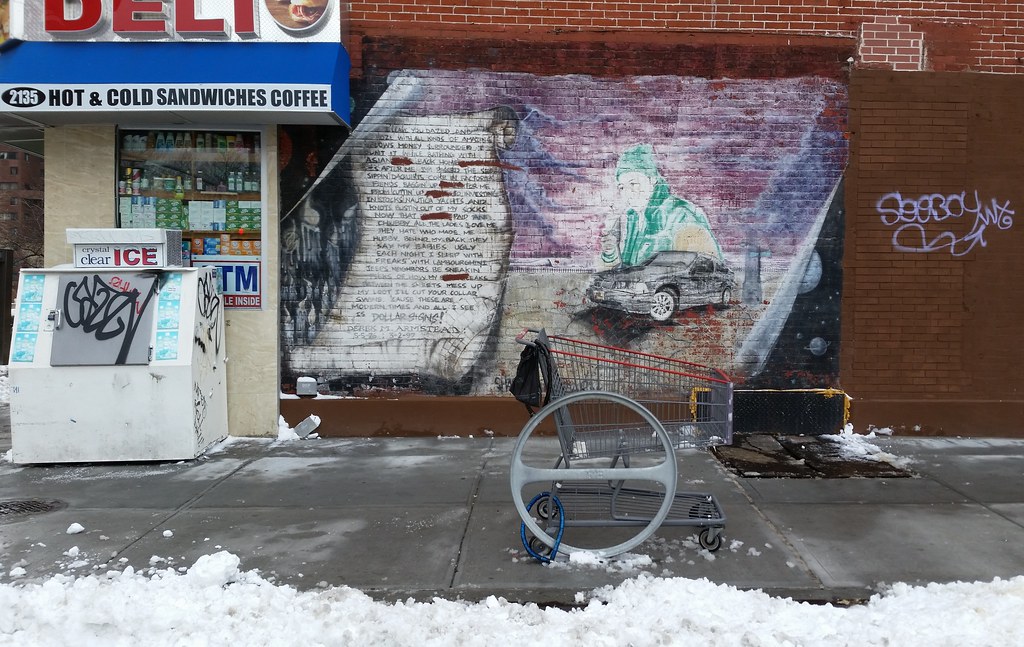 This is a tribute to Derek M. Armstead, a.k.a. Bloodshed, a local Harlem rapper who died in a car accident (driving the BMW pictured above) in 1997. Bloodshed performed in a group called Children of the Corn alongside his cousin Cam'ron (whom we've previously seen in the Clipse video featuring the former Obama Fried Chicken restaurant in East Flatbush/Brownsville), Ma$e, Big L, and McGruff. The lyrics on the left side of the mural, Bloodshed's contribution to a Children of the Corn song entitled American Dream (audio, lyrics), seem to have been excised of some objectionable content (close-up).

Day 1328: The garden at Pioneer Works