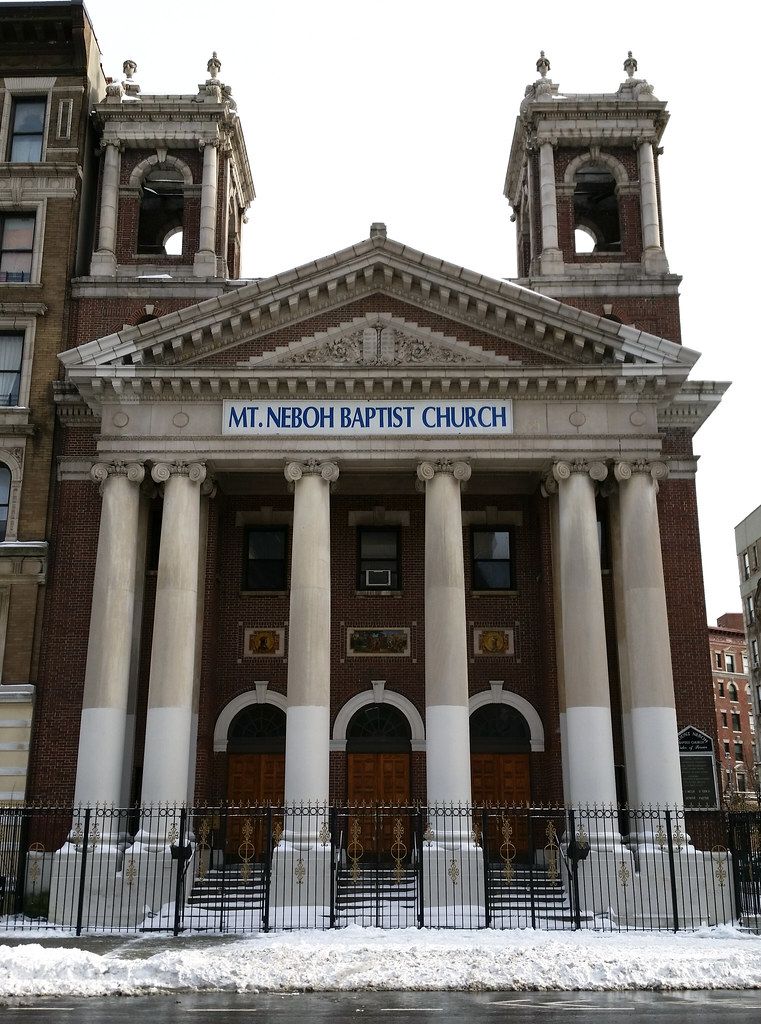 Mount Neboh Baptist Church, formerly the Roman Catholic Church of Our Lady of the Miraculous Medal and originally the synagogue of Congregation Ansche Chesed, is perhaps the only house of worship in the city to have served as a full-time home to Jews, Catholics, and Protestants.

(I would argue that the other church mentioned here as having served all three faiths, St. Ann's Armenian Catholic Cathedral, doesn't really count. For one thing, it no longer exists: its sanctuary was demolished in 2005, leaving only the facade standing. But even before that, the original sanctuary used by the Protestants and the Jews was itself demolished and replaced with a new one by the Catholics, so the three faiths never actually worshiped under the same roof.)