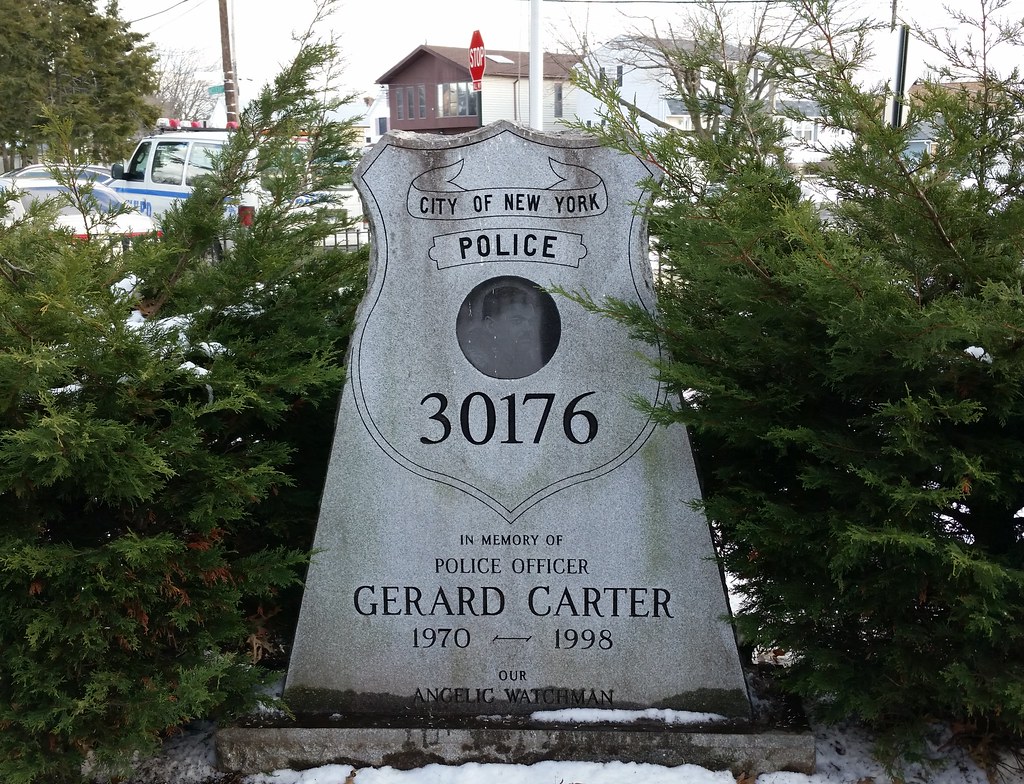 While patrolling the West Brighton Houses on July 26, 1998, Police Officer Gerard Carter and his partner spotted a 17-year-old who was wanted for murder. As the officers approached in their van, the young man pulled out a gun and fatally shot Officer Carter in the head. The memorial above stands on the grounds of the South Beach Houses (a few miles from the site of the shooting), where the NYPD's now-defunct Staten Island Housing Unit was formerly headquartered.