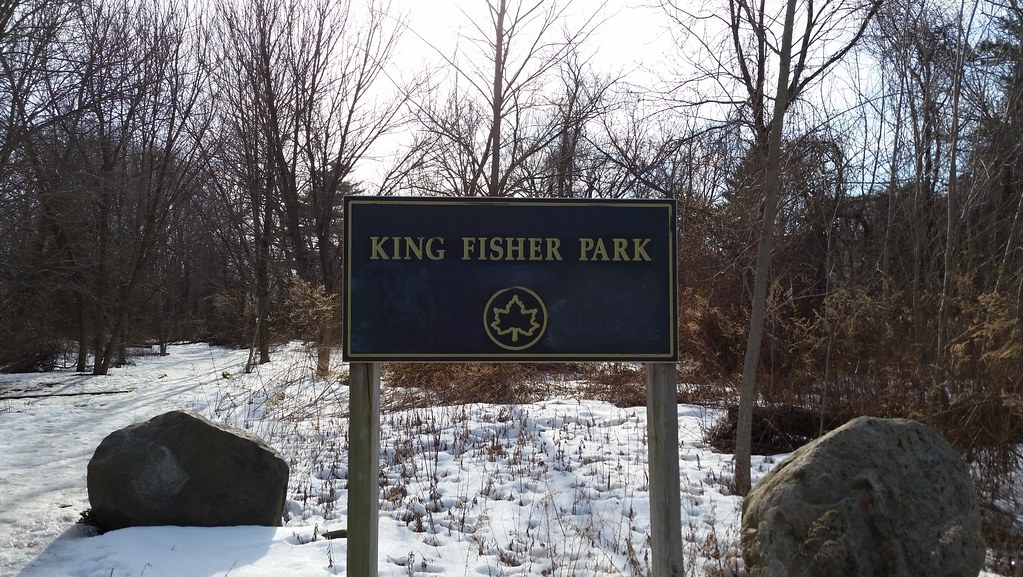 The Parks Department's website refers to this park as both "King Fisher Park" and "Kingfisher Park". I'm not sure which name is correct. While the native belted kingfisher is the park's true eponym, it's not hard to picture former Parks Commissioner Henry Stern playfully deciding to insert a space into the name to evoke images in parkgoers' minds of a fictitious monarch whose vast domain included this prized portion of central Staten Island.