Childs on the boardwalk 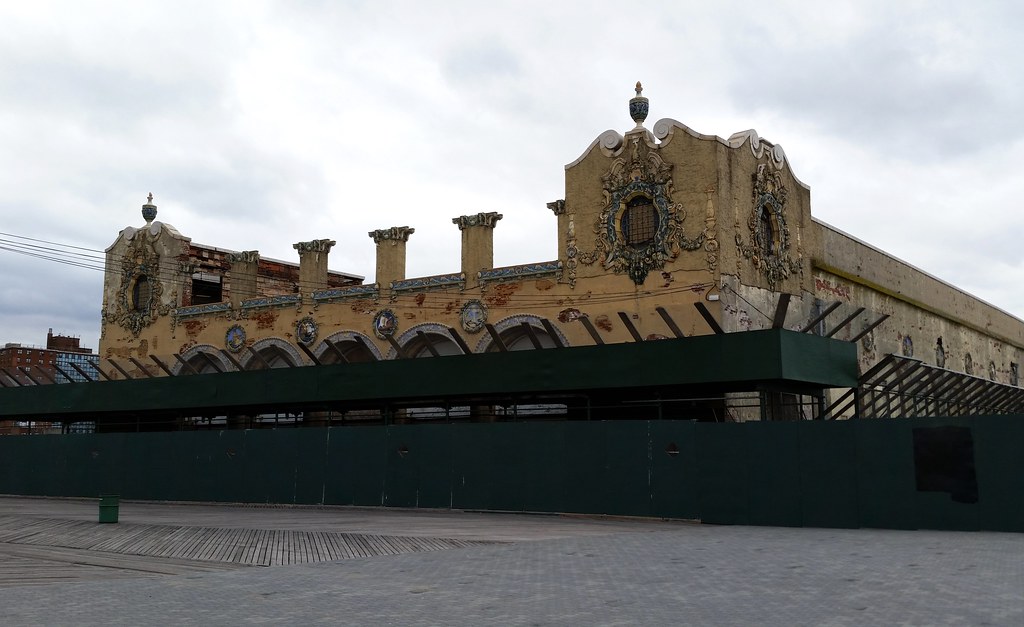 Built around 1923, this "colorful terra cotta and stucco homage to the sea" (photos — scroll down a little) was originally a Childs Restaurant. Childs was a quick-lunch chain founded in 1889; by the mid-1920s, it had more than 100 locations, about half of them in the New York area. (Sideshows by the Seashore currently occupies another old Coney Island Childs. Check out these photos of other former Childs eateries around the city.)

After the restaurant here on the boardwalk closed, the building served as a candy factory for the latter half of the 20th century, and as a roller rink for a couple of years in the 21st. Work is now underway to turn the place into the Seaside Park and Community Arts Center, which will feature a 5,100-seat amphitheater, a restaurant, and a public park. (A rendering of the new facility posted on the construction fence above includes a couple taking a flip-phone selfie!)

Day 230: A few stones are visible from the street