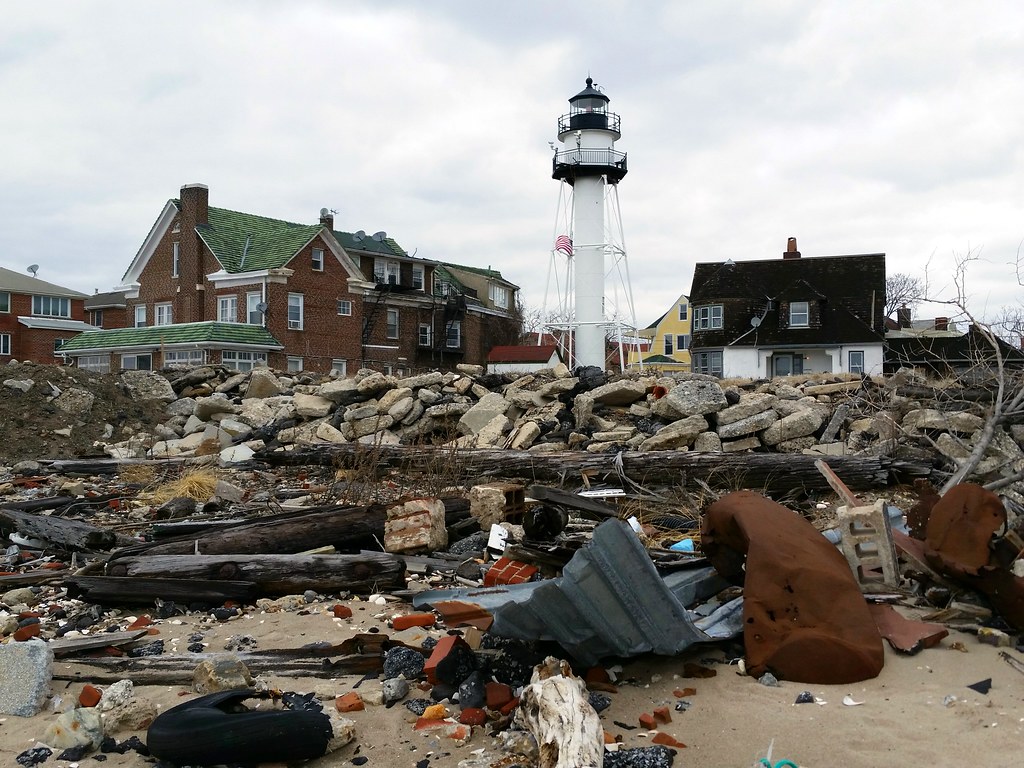 This lighthouse at the western tip of Coney Island, in what is now the gated community of Sea Gate, was built in 1890. In 2003, the final lighthouse keeper to serve here, Frank Schubert (photos), passed away at the age of 88 in the adjacent cottage (at right), where he had lived since taking the job in 1960. Prior to his death, Coney Island Light was one of only two manned lighthouses remaining in the country, the other being the 1783 Boston Light, whose original 1716 incarnation was America's first lighthouse. Mr. Schubert was for some time the nation's last civilian lighthouse keeper — Boston Light had long been staffed by Coast Guard personnel — but a few months before he died, a civilian named Sally Snowman was hired as the keeper of Boston Light, becoming the first female ever to hold that position. And now that Mr. Schubert has passed away, she's the only lighthouse keeper left in the United States.