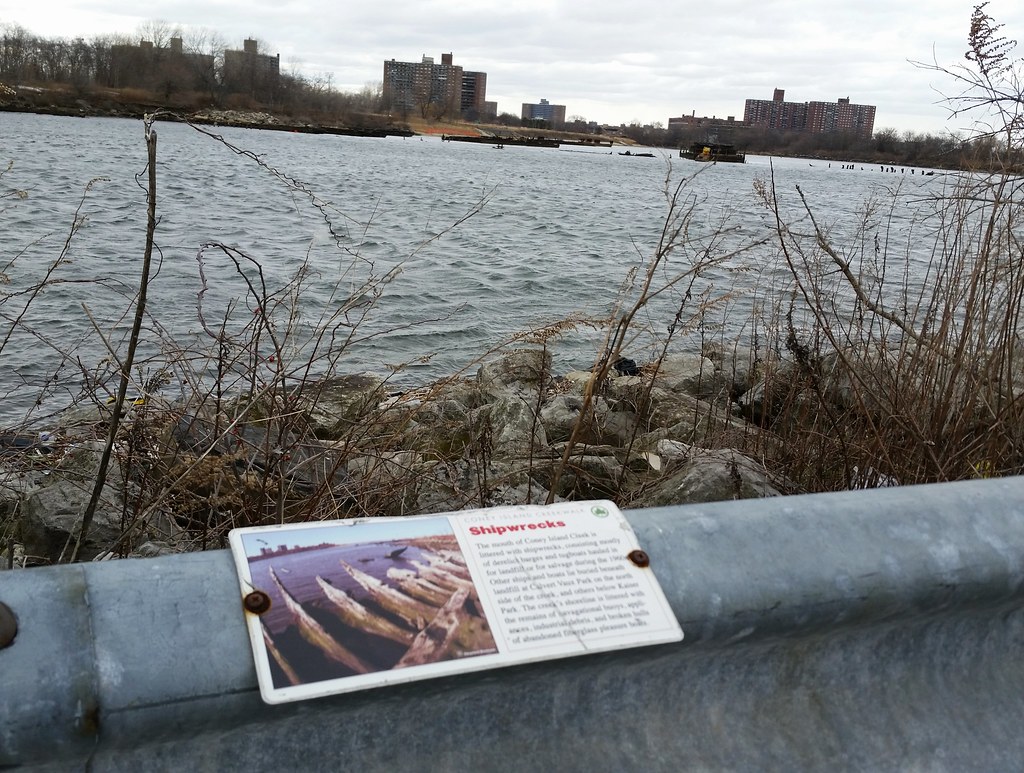 The placard above, part of Charles Denson's Coney Island Creekwalk, offers some information about the many boat carcasses lurking in the waters of Coney Island Creek, a few of which can be seen in the background of this photo. (A close inspection of aerial images reveals, by my count, around three dozen decaying vessels in the creek.) The most famous of the wrecks, which gets its own placard from Mr. Denson, is the Quester I (more info), a.k.a. the Yellow Submarine, built between 1966 and 1970 by a local man named Jerry Bianco who dreamed of using the sub to raise the Andrea Doria and recover all of the sunken ocean liner's treasures. The Quester I is visible above on the right side of the photo, its yellow conning tower set against the dark hulk of the rotting barge that lies right behind it. Here's a closer look.