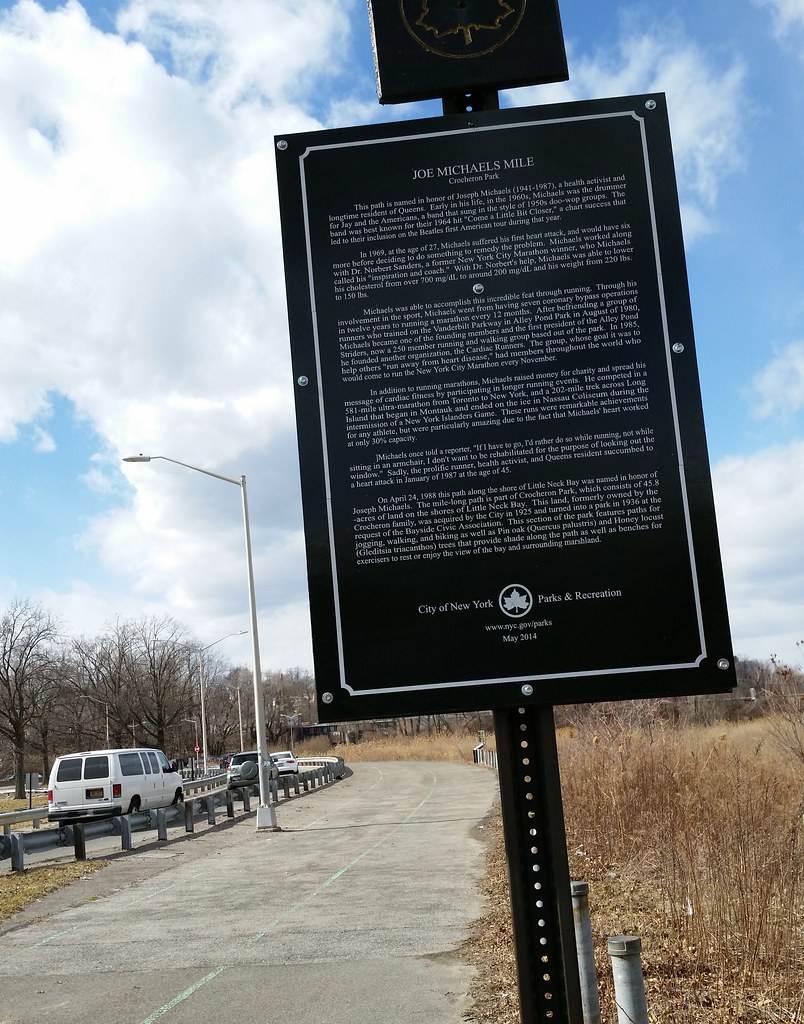 The Joe Michaels Mile is a mile-long section of the recreational path that runs along the western shore of Little Neck Bay, paralleling the Cross Island Parkway, and is one of the northernmost pieces of the Brooklyn-Queens Greenway. The man for whom it is named was a local fitness advocate who started running as a way to get into shape after suffering several heart attacks, his first at age 27. He went on to complete numerous marathons and ultramarathons — including some Sri Chinmoy races! (Sri Chinmoy was the guru behind the Self-Transcendence 3100 Mile Race.) But even as he was able to transform his body and lifestyle through exercise, Mr. Michaels nonetheless died young of a heart attack, at the age of 45, in 1987.

Day 986: Atop the Rockaway Beach Branch