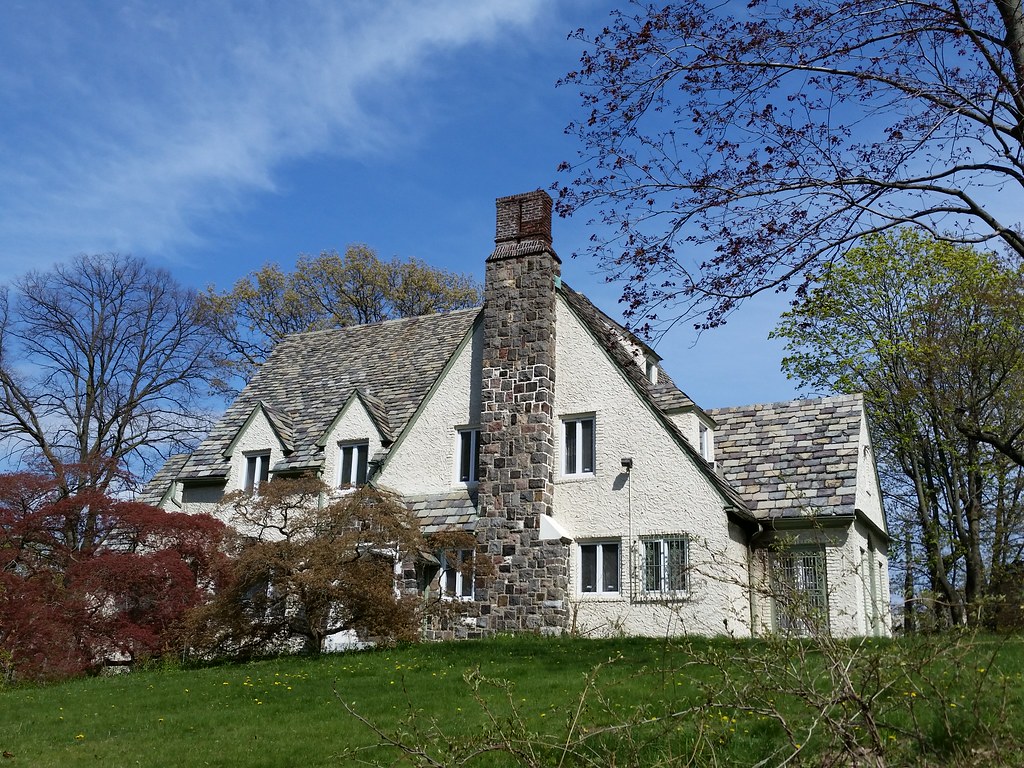 This stately Kew Gardens residence appears to be unoccupied, and probably has been since late 2010, when the Department of Buildings issued a "full vacate order" after it determined, in response to a complaint, that the place had been turned into a "transient hotel" with 48 beds in 14 rooms. The house was forfeited to the federal government in 2011 along with four other properties owned by Irina Khaimov and her family that "constitute[d] or [were] derived from proceeds traceable to the commission of bank fraud and . . . [were] involved in money laundering".

Many years ago, 115-98 Park Lane was home to Lillian Lemmerman and (I would imagine) her husband Fred. At the time of Lillian's death in 1929, Fred was president of the Queensboro Chamber of Commerce. In 1933, he was appointed by Mayor O'Brien, a Tammany Democrat, as one of the three commissioners of the new Triborough Bridge Authority, a public authority charged with funding, building, and operating the bridge-to-be.

Shortly after taking office in 1934, however, Mayor La Guardia ousted Lemmerman and another commissioner and replaced them with appointees from his own party. One of those appointees was Robert Moses, who had drafted the legislation that created the authority in the first place, and who would go on to lead the authority until it was merged into the new MTA in 1968. Much of Moses's legendary power as New York's "master builder" came from his control of the tremendous revenues generated by the bridge's tolls and by tolls on other crossings later operated by the authority (which became the Triborough Bridge and Tunnel Authority in 1946). This huge money pot provided him with an independent source of funding for his infrastructure projects that was "free of any public or governmental interference".