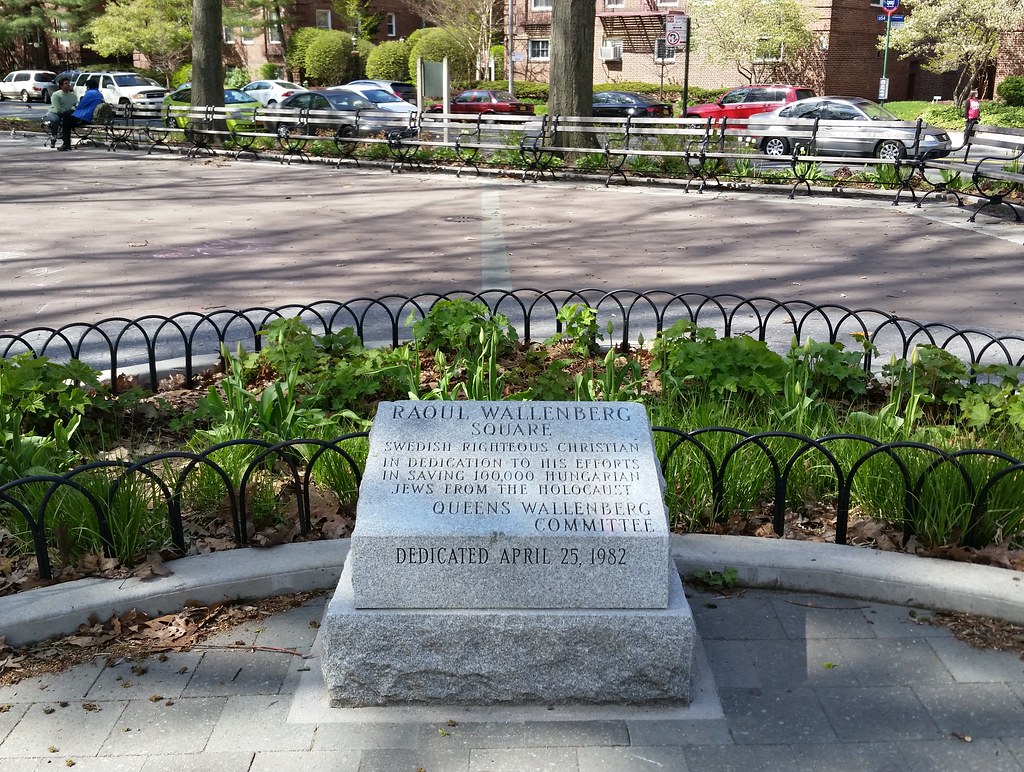 Born into a wealthy Swedish family in 1912, Raoul Wallenberg studied architecture at the University of Michigan (and spent some time hitchhiking — "travel[ing] like a hobo" — around the US) before returning to Sweden, where family connections helped land him a job at an export-import firm. It would be fair to say that he seemed like an unlikely candidate to become the savior of tens of thousands of Jews during the Holocaust.

But in 1944 he was recruited by the US War Refugee Board to enter Hungary under Swedish diplomatic cover and lead an operation to save as many of the country's Jews as possible from being sent off to concentration camps. He turned out to be brilliant and fearless in this role, as illustrated by the following excerpts from this case study published in the Journal of Leadership & Organizational Studies in 1998:

[Wallenberg] conceived a plan whereby false Swedish passports . . . would be created and used to give potential victims safe passage out of Nazi-controlled territory. In conjunction with this, a series of safe-houses would be established within Hungary, in the guise of official Swedish legation buildings under diplomatic protection.

Sandor Ardai was sent by the Jewish underground to drive for Wallenberg; Ardai later told of one occasion when Wallenberg intercepted a trainload of Jews about to leave for Auschwitz. Wallenberg swept past the SS officer who ordered him to depart. In Ardai's words,

"Then he climbed up on the roof of the train and began handing in protective passes through the doors which were not yet sealed. He ignored orders from the Germans for him to get down, then the Arrow Cross men began shooting and shouting at him to go away. He ignored them and calmly continued handing out passports to the hands that were reaching out for them. I believe the Arrow Cross men deliberately aimed over his head, as not one shot hit him, which would have been impossible otherwise. I think this is what they did because they were so impressed by his courage. After Wallenberg had handed over the last of the passports he ordered all those who had one to leave the train and walk to the caravan of cars parked nearby, all marked in Swedish colours. I don't remember exactly how many, but he saved dozens off that train, and the Germans and Arrow Cross were so dumbfounded they let him get away with it!" (Bierman 91)

As the war situation deteriorated for the Germans, Eichmann diverted trains from the death camp routes for more direct use in supplying troops. But all this meant for his victims was that they now had to walk to their destruction. In November 1944 Eichmann ordered the 125-mile death marches, and the raw elements soon combined with deprivation of food and sleep to turn the roadside from Budapest to the camps into one massive graveyard. Wallenberg made frequent visits to the stopping areas to do what he could. In one instance, Wallenberg announced his arrival with all the authority he could muster, and then,

"You there!" The Swede pointed to an astonished man, waiting for his turn to be handed over to the executioner. "Give me your Swedish passport and get in that line," he barked. "And you, get behind him. I know I issued you a passport." Wallenberg continued, moving fast, talking loud, hoping the authority in his voice would somewhat rub off on these defeated people... The Jews finally caught on. They started groping in pockets for bits of identification. A driver's license or birth certificate seemed to do the trick. The Swede was grabbing them so fast; the Nazis, who couldn't read Hungarian anyway, didn't seem to be checking. Faster, Wallenberg's eyes urged them, faster, before the game is up. In minutes he had several hundred people in his convoy. International Red Cross trucks, there at Wallenberg's behest, arrived and the Jews clambered on... Wallenberg jumped into his own car. He leaned out of the car window and whispered, "I am sorry," to the people he was leaving behind. "I am trying to take the youngest ones first," he explained. "I want to save a nation." (Marton 110:11)

This type of action worked many times. Wallenberg and his aides would encounter a death march, and, while Raoul shouted orders for all those with Swedish protective passports to raise their hands, his assistants ran up and down the prisoners' ranks, telling them to raise their hands whether or not they had a document. Wallenberg "then claimed custody of all who had raised their hands and such was his bearing that none of the Hungarian guards opposed him. The extraordinary thing was the absolutely convincing power of his behavior," according to Joni Moser. (quoted in Bierman 90)

Tommy Lapid was 13 years old in 1944 when he was one of 900 people crowded 15 or 20 to a room in one of the Swedish safehouses. His account illustrates not only vintage Wallenberg tactics, but also how Wallenberg epitomized hope and righteousness, and how his influence extended throughout the land as a beacon to those engulfed in the darkness of despair.

"One morning, a group of these Hungarian Fascists came into the house and said all the able-bodied women must go with them. We knew what this meant. My mother kissed me and I cried and she cried. We knew we were parting forever and she left me there, an orphan to all intents and purposes. Then, two or three hours later, to my amazement, my mother returned with the other women. It seemed like a mirage, a miracle. My mother was there--she was alive and she was hugging me and kissing me, and she said one word: "Wallenberg." I knew who she meant because Wallenberg was a legend among the Jews. In the complete and total hell in which we lived, there was a savior-angel somewhere, moving around. After she had composed herself, my mother told me that they were being taken to the river when a car arrived and out stepped Wallenberg--and they knew immediately who it was, because there was only one such person in the world. He went up to the Arrow Cross leader and protested that the women were under his protection. They argued with him, but he must have had incredible charisma, some great personal authority, because there was absolutely nothing behind him, nothing to back him up. He stood out there in the street, probably feeling the loneliest man in the world, trying to pretend there was something behind him. They could have shot him then and there in the street and nobody would have known about it. Instead, they relented and let the women go." (Bierman 88-89)

You can read more about the man, and about his reported execution in a Soviet prison in 1947, here.

I'll end this post with two pieces of Wallenberg trivia:

2) One of the Hungarian Jews he saved was Tom Lantos, who would go on to become the only Holocaust survivor to serve in the US Congress.