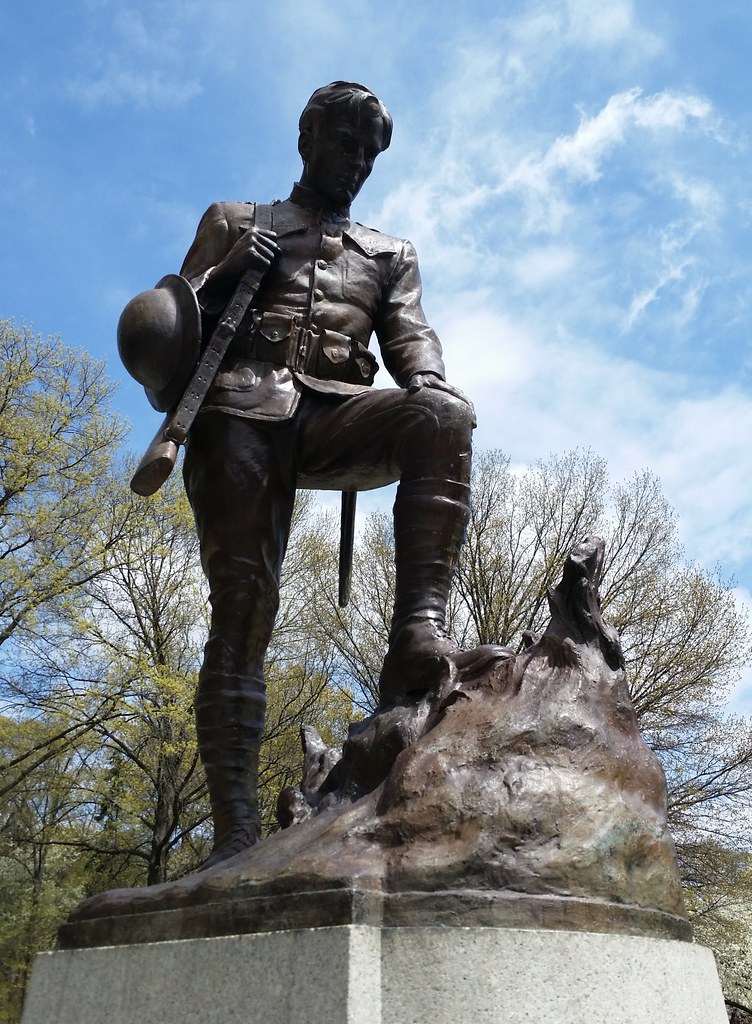 Standing at the edge of Forest Park, this monument, also known as My Buddy, honors the residents of Richmond Hill who served and died in World War I. The doughboy figure was sculpted by the Italian-born Joseph Pollia. (Pollia later produced other versions of the statue for Glen Cove and Tarrytown, New York, and Storm Lake, Iowa.) The monument's architect was William Van Alen, who would go on to design one of New York's most iconic structures, the Chrysler Building.