Ah, that explains it 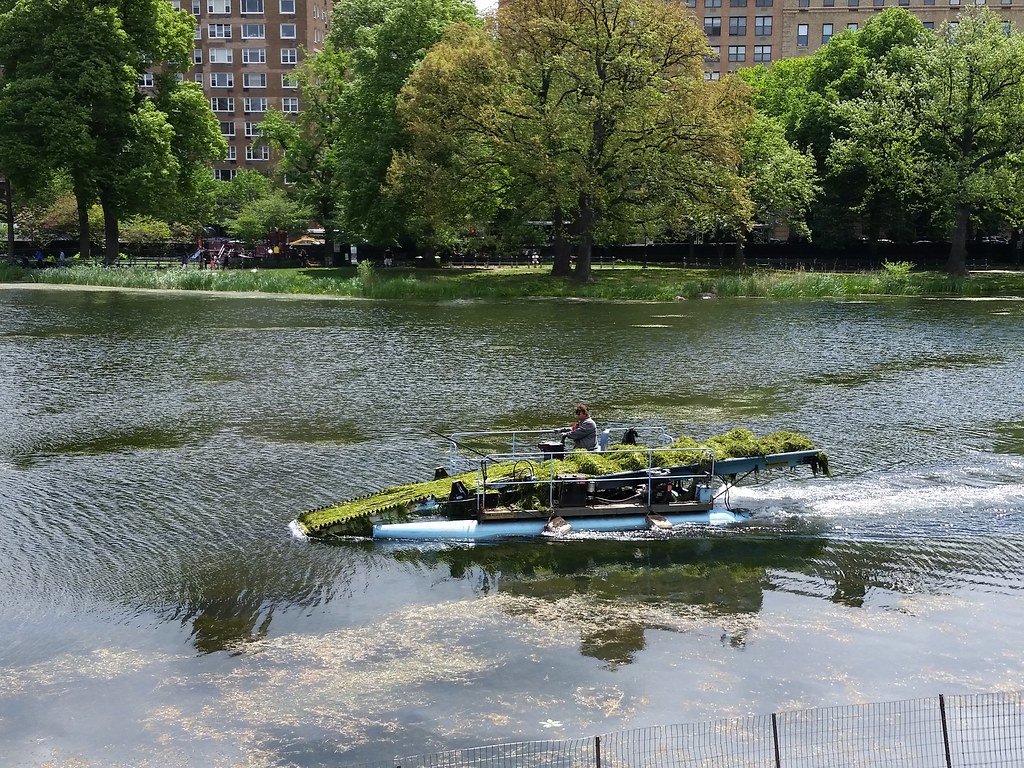 This is an aquatic weed harvester, one of two such boats owned by the city. (The other does its harvesting in Prospect Park Lake.) Here at the Harlem Meer in Central Park, the harvester is operated twice a week during the warmer months. It was originally intended to clear algae from the water, but then, once the algae was under control, curly-leaf pondweed took over. The masses of vegetation skimmed from the water are used to make compost for the park.