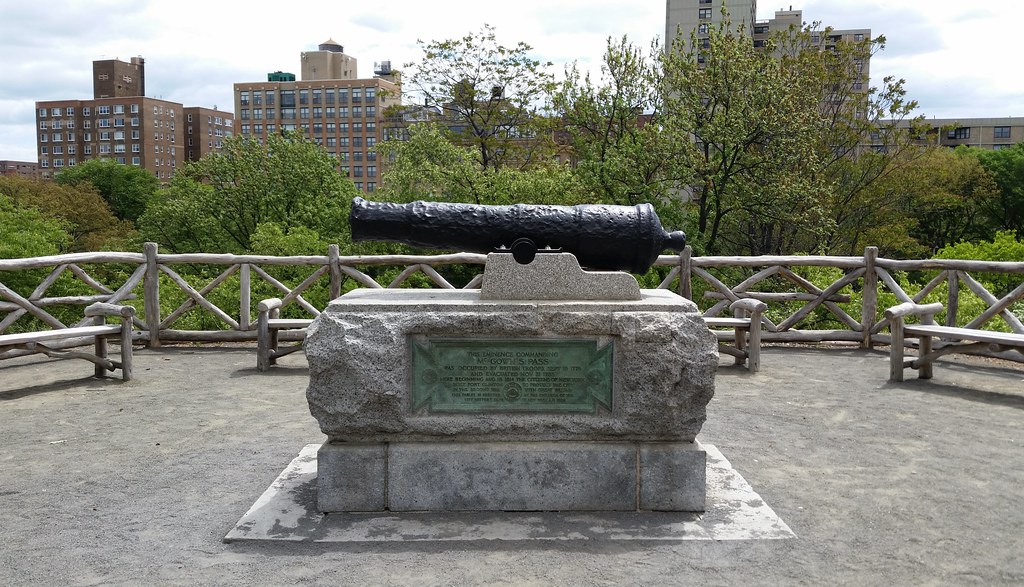 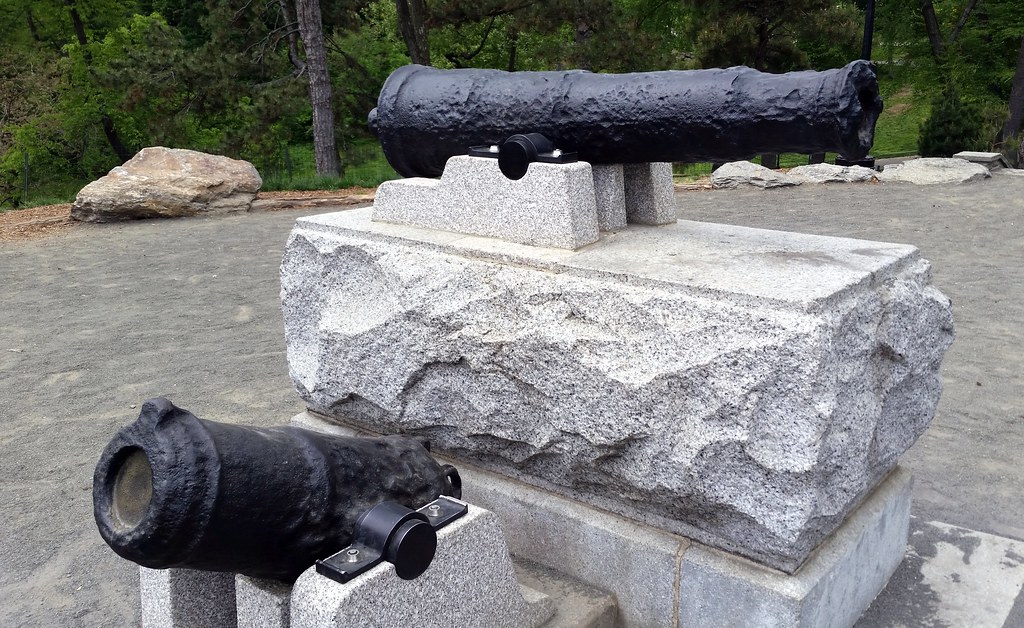 THIS EMINENCE COMMANDING
McGOWN'S PASS
WAS OCCUPIED BY BRITISH TROOPS SEPT 15 1776
AND EVACUATED NOV 21 1783
HERE BEGINNING AUG 18 1814 THE CITIZENS OF NEW YORK
BUILT FORT CLINTON TO PROTECT THE CITY
IN THE SECOND WAR WITH GREAT BRITAIN
THIS TABLET IS ERECTED BY THE CHILDREN OF THE
CITY HISTORY CLUB OF NEW YORK A.D. 1906

Here's some information about the cannons from the NY Times:

They were originally thought to have been installed to protect the city from a British invasion launched from Long Island Sound during the War of 1812. But an authoritative account by Sara Cedar Miller, a historian for the [Central Park Conservancy], dates the big guns back more than 240 years to the 28-gun HMS Hussar commissioned in England in 1763. . . .

Attached to the British fleet in New York, the Hussar ran aground in treacherous East River currents in 1780 and sank. Because it was believed to be carrying an army payroll made up of gold, for more than two centuries the ship has attracted salvage efforts, which retrieved no gold but, among other artifacts, the two cannons, which — after languishing in salt water for as long as 80 years — were anonymously donated to Central Park in 1865 while it was still under construction.

While doing some restoration work in January 2013, park workers removed a concrete plug from the mouth of one of the cannons and discovered that the gun was still loaded! They called in the NYPD bomb squad, who extracted a cannonball, gunpowder, and wool wadding. The police determined that the gunpowder was still good could and that, all these years later, the cannon could have been fired.