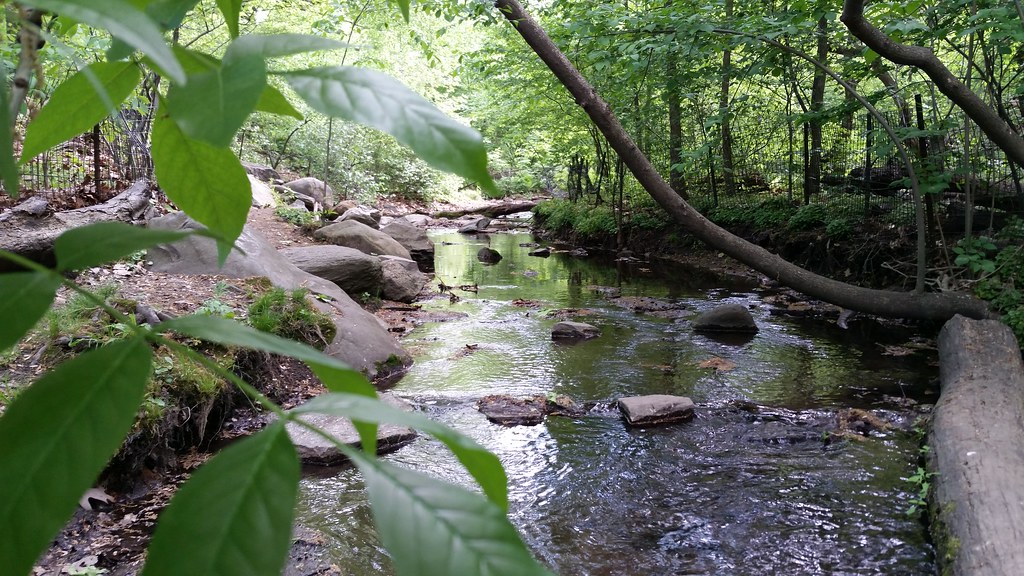 This confusingly named stream flows through the Ravine in Central Park's North Woods. According to the Central Park Conservancy:

At 40 acres, the North Woods is the largest of the three woodlands in Central Park. The Ravine is a lowland landscape in the North Woods that features a small stream, dramatic cascades, and a variety of plants native to the northeastern United States. Designed by Frederick Law Olmsted and Calvert Vaux, the Ravine and the North Woods were intended to give visitors a taste of the Adirondacks without leaving New York City. . . .

The Loch: This small stream winds through the Ravine before emptying into the Harlem Meer. In Scottish, "loch" means lake, and the Loch was originally designed as a long lake. Wildlife flock to the Loch’s muddy banks, shallow pools, and tumbling cascades.

Day 461: The Major Deegan and the Harlem River