Water via Marathoning and Pasta 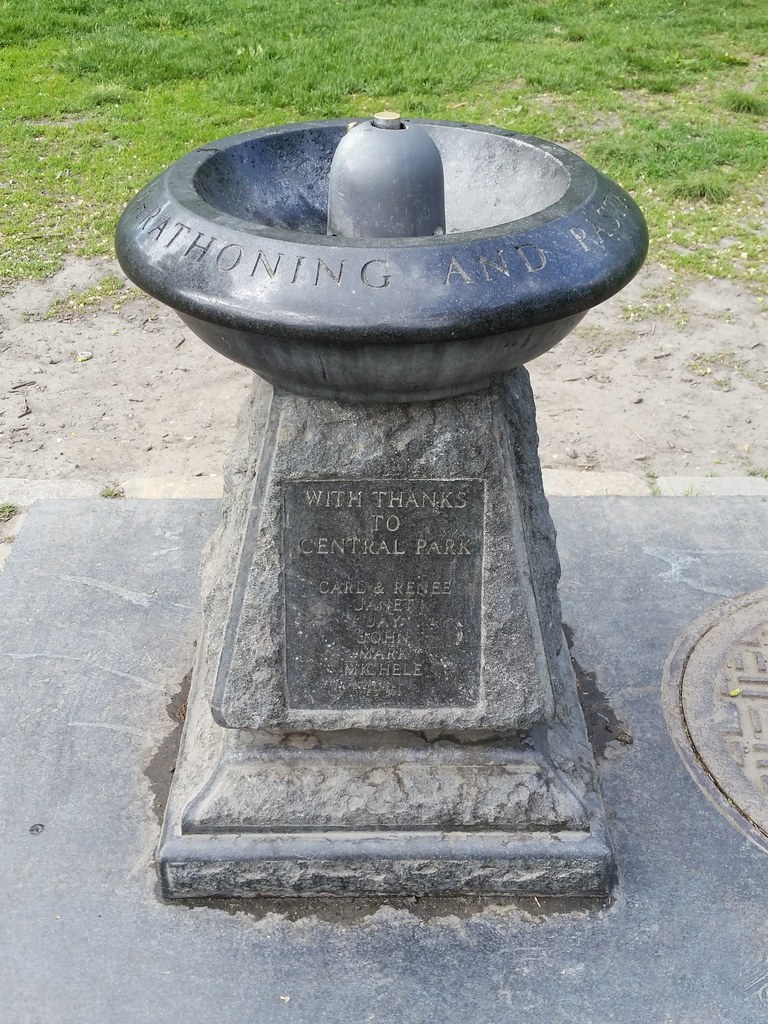 The rim of this Central Park water fountain is inscribed with the name of the 72nd Street Marathoning and Pasta Club, "whose runners began competing around the world in the 1970s and have helped to conserve Central Park by planting trees and cleaning and restoring water fountains."

One of the club's seven original members is Jon Mendes, who's been saying he's going to retire from marathoning since at least 2003, when he finished the Marine Corps Marathon (with a time of 6:47:36) about a week before his 83rd birthday. But he has since completed the 2005 NYC Marathon (8:03:03) and, most recently, the 2011 Marine Corps Marathon (7:02:30). The day before he turned 94, he took part in the 2014 NYC Marathon with the goal of becoming the oldest finisher in the race's history, but he was unable to complete the course.

The man who currently holds the title of oldest NYC Marathoner, Josef Galia, was 91 when he completed the race in 1989 (6:43:29), and was the only one of that year's three nonagenarian competitors to finish. He had said he was going to retire after the race, but, like Mr. Mendes, he couldn't stay away. At 93, he entered and successfully completed the 1991 marathon (7:59:34), setting the record that stands today.

UPDATE: Mr. Mendes made it through more than 16 miles of the 2015 NYC Marathon, but had to drop out because of leg pain. If he's feeling well, he's going to try again in 2016, three days after turning 96.