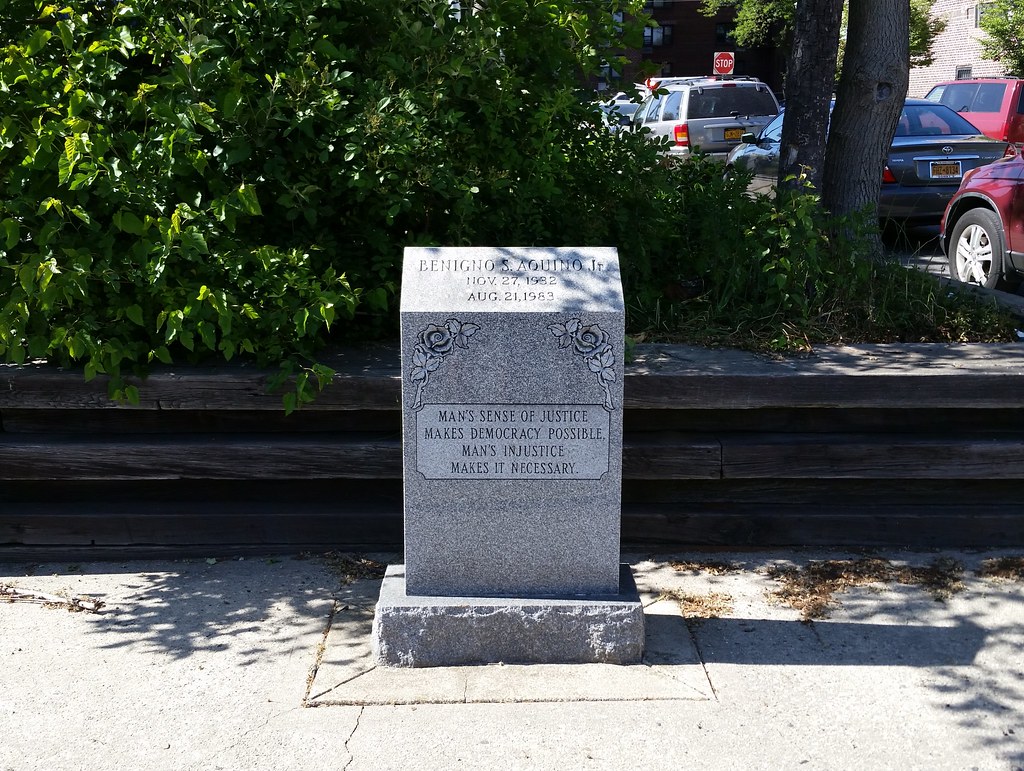 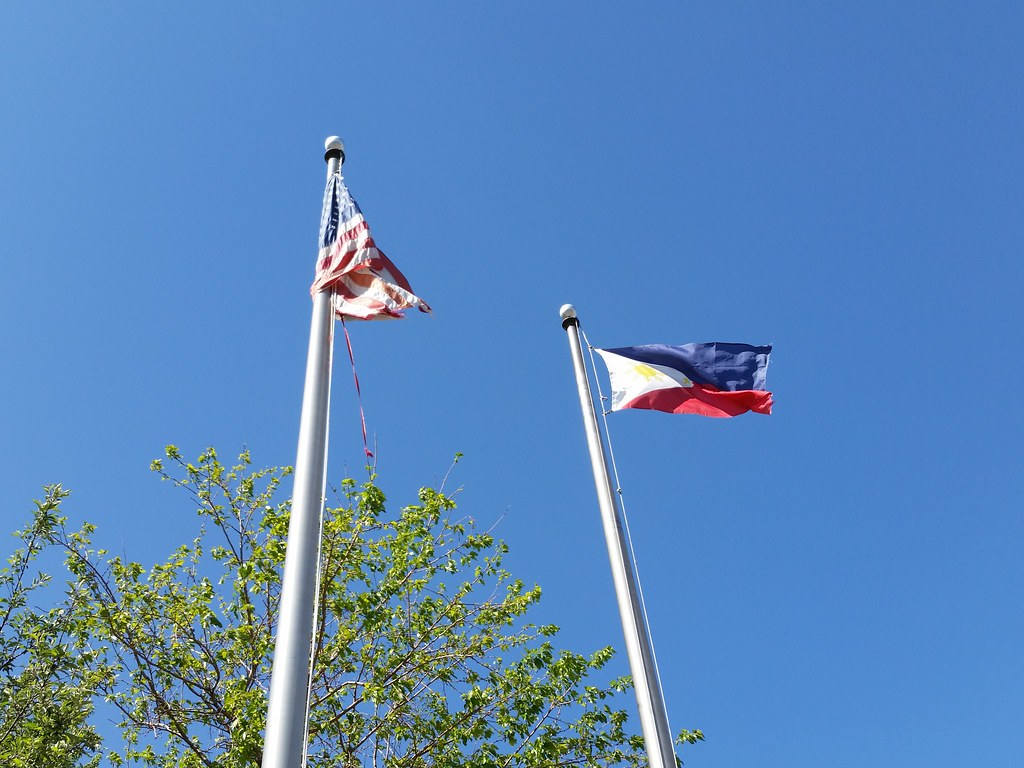 This tiny park (Street View) honors the life of Benigno Aquino Jr., the Philippine political leader and bitter foe of former Philippine President Ferdinand Marcos. Aquino's assassination in 1983 galvanized opposition to the Marcos regime and catapulted his widow, Corazon Aquino, to the presidency, which she held from 1986 to 1992. The couple's son, Benigno Aquino III, currently serves as president of the country, having been elected in 2010.

To the best of my recollection — i.e., I might be totally wrong — I believe the Philippine flag flying over the monument is the only foreign flag I've seen on display in a city park.