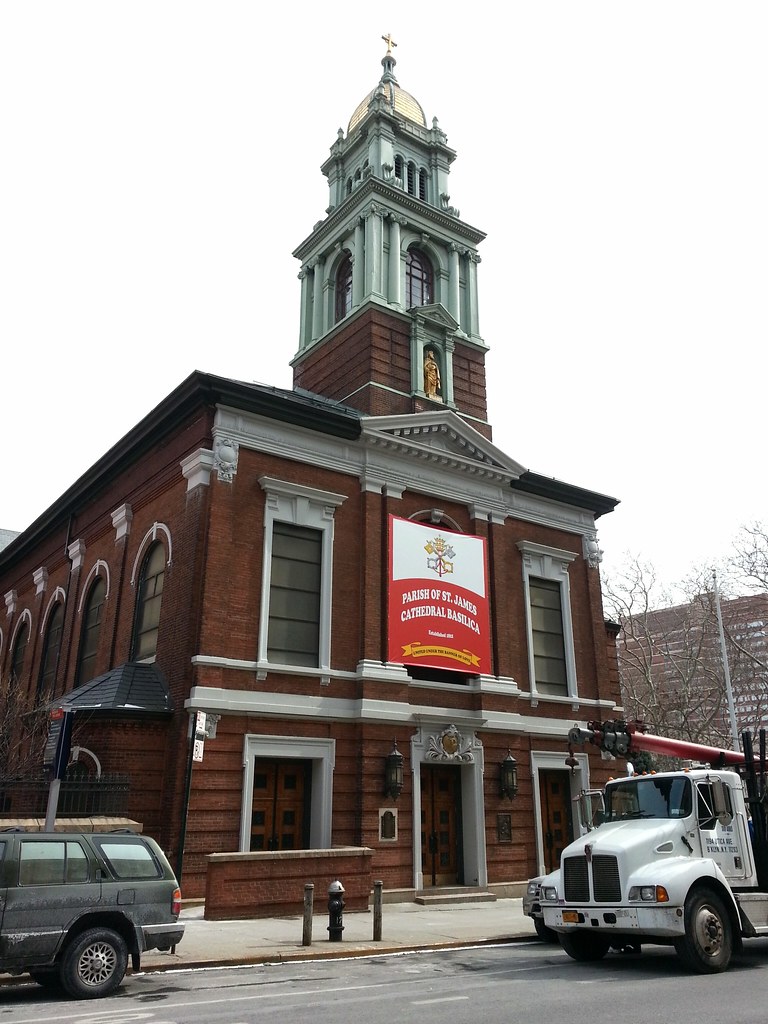 This building was erected in 1903; its predecessor, completed in 1823, was the first Catholic church on Long Island, and became the cathedral of the Diocese of Brooklyn when the diocese was established in 1853. St. James was the sole seat of the bishop for the next 160 years, although its status was downgraded to pro-cathedral from 1896 to 1972 in anticipation of the construction of a colossal cathedral that never ended up being built. Just last year, however, the much larger St. Joseph's in Prospect Heights, capable of hosting the big events that St. James can't, was named co-cathedral of the diocese. (Prior to this designation, major diocesan gatherings were traditionally held at the gigantic Basilica of Our Lady of Perpetual Help in Sunset Park.)

Pope John Paul II visited St. James in 1979, and, according to a plaque on the front of the church, "He walked in our midst, touched our hearts and despite torrential rain, he brought the sun".