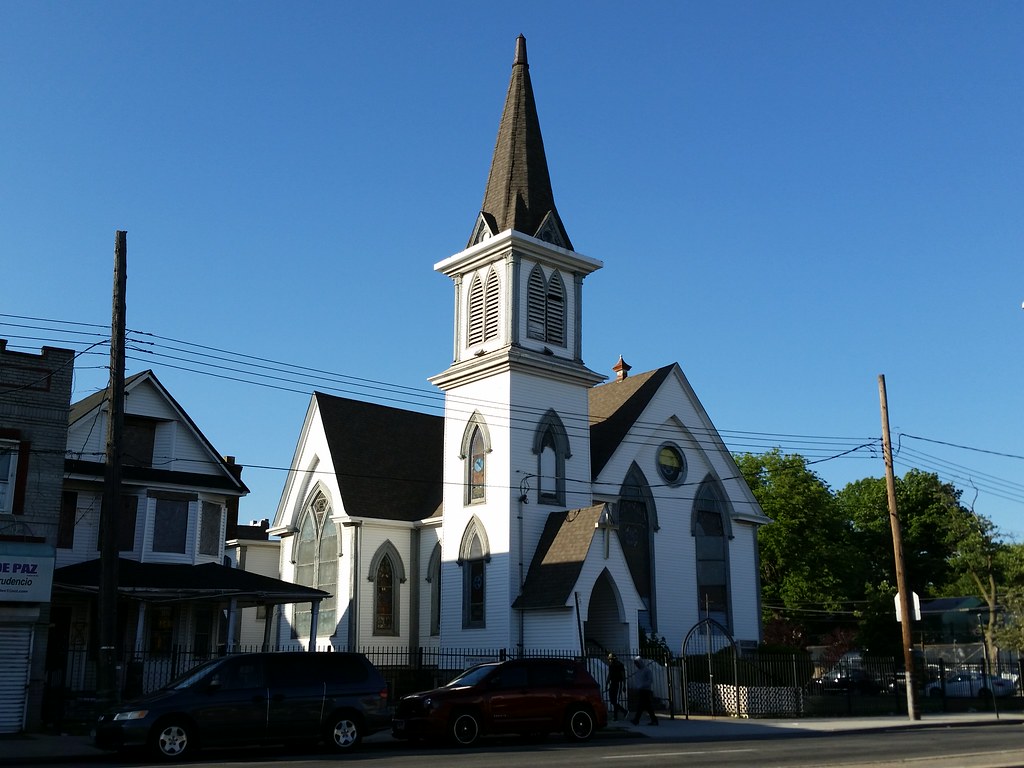 Built around 1900 "in a de-shingled Shingle Style", this was originally the First German Presbyterian Church of Jamaica, and the partially boarded-up house at left (old photo, Street View) was the manse.

One Sunday evening in 1910, the Rev. Ferdinand O. Zesch, pastor of the church, was preaching to his congregation from the pulpit. According to the NY Times:

As he continued talking he became more and more spirited in his delivery. Suddenly, in the middle of a highly charged sentence, his uplifted right hand fell upon the Bible, his face became convulsed with pain, his voice stopped, and he caught hold of the pulpit stand to steady himself.

After wavering a moment back and forth he staggered over to a seat at the back of the stand and sat down. Many of the women in the congregation began to cry. Several men ran to the stricken preacher. He indicated by gestures that something had gone wrong with his heart. He was lifted over to a cushioned pew, where he lay down.

Dr. Phillip Wood . . . was sent for, but Mr. Zesch died before he arrived. The doctor said that death had been caused by the bursting of a blood vessel in the region of the heart, due to excitement and a diseased condition of the heart. Mr. Zesch was 60 [or perhaps 58] years old.