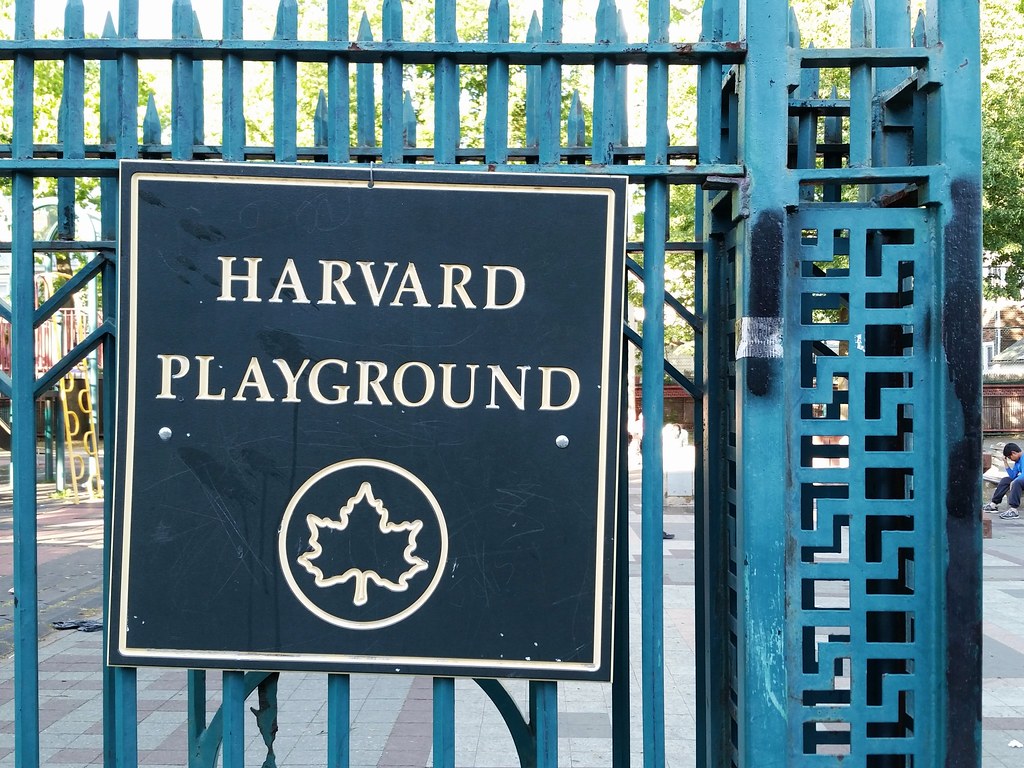 According to the Parks Department: "This playground takes its name from Harvard University, the oldest institution of higher learning in the United States."

Why would a playground in Queens be named for Harvard University? I suspect it was not actually named for the university, but rather for Harvard Avenue, the former name of the street on which the playground is located. (It was changed to 179th Place in 1919.)