Maybeck and the Putzmeister 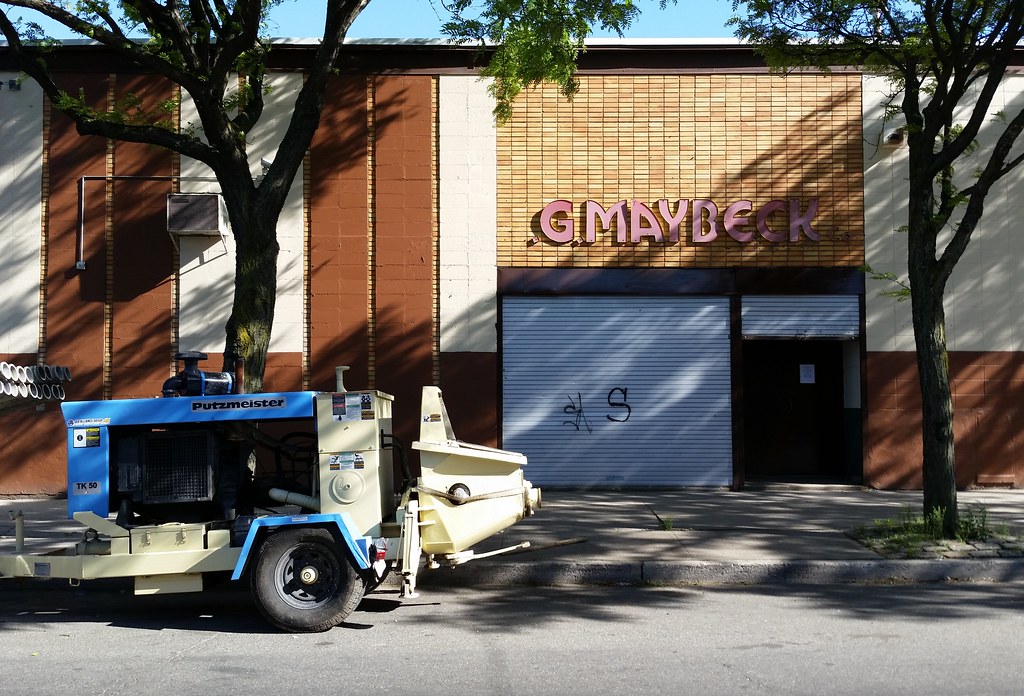 A spinoff of Jake and the Fatman debuting on CBS this fall.

H.G. Maybeck is a local manufacturer that has been in business since 1907 and currently specializes in laundry bags and carts. Its name doesn't show up much in the newspaper archives, but I did find an awning industry ad in the Brooklyn Daily Eagle in 1923 — "You Are Going to Need AWNINGS, ORDER NOW" — that lists H.G. Maybeck as one of the members of the Canvas Goods Manufacturers Association of Greater New York, a group of "Makers of Awnings of Dependability".

Putzmeister — which means "Plaster Master" in German, and something else in Yiddish — makes concrete pumps, primarily. The one pictured above is a relatively modest affair, but the company is best known for its extremely long boom pumps. On a number of occasions, in fact, Putzmeister machines have set new world records for pumping concrete the greatest vertical distance, with the most recent record-breaking performance of 1,988 feet achieved during the construction of the world's tallest building, the Burj Khalifa in Dubai. The company's boom pumps have also been utilized in disaster response efforts, most notably at Chernobyl, where they helped entomb the plant's damaged nuclear reactor in a concrete and steel sarcophagus, and at Fukushima, where they pumped seawater to cool the overheated reactors.