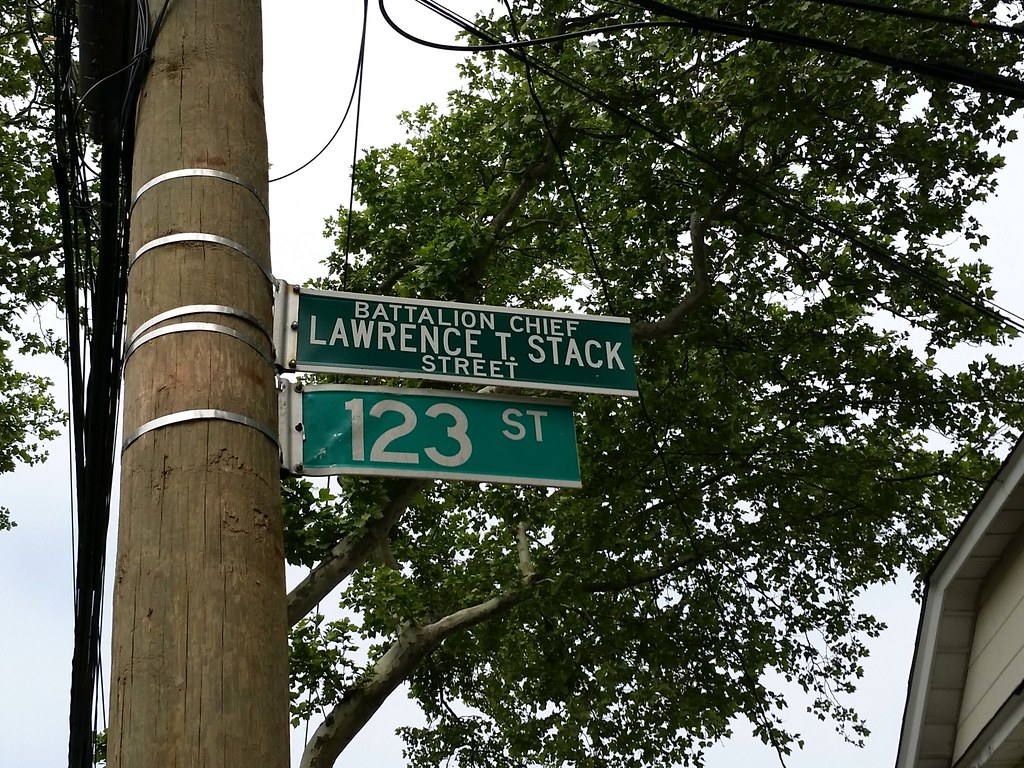 Chief Stack was one of the 343 members of the FDNY killed in the September 11th attack on the World Trade Center. While a memorial service was held for him in 2001, his family put off his funeral in the hope that some of his remains would be found and identified. But they finally decided they had waited long enough, and on June 17, 2016, the 49th anniversary of Chief Stack's marriage to his wife, Theresa, the family and the fire department held a funeral service and buried a vial of blood he had given in 2000 when he signed up as a potential bone marrow donor (not the only time a sample of blood has had to stand in for the remains of a 9/11 firefighter). As far as I can tell, it was the first funeral for a firefighter killed on 9/11 in over a decade, since Gerard Baptiste's in 2005.