Herman A. and Malvina Schleicher House 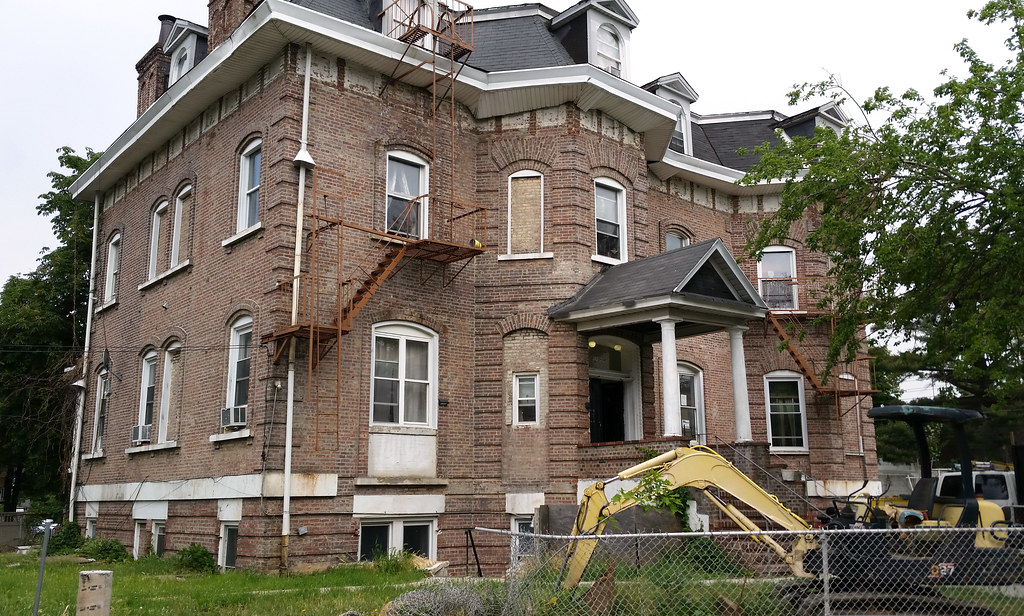 Built in 1857, this old mansion is the last substantial house from the mid-19th century still standing in College Point. It was turned into a hotel in 1892 and was divided into apartments in 1923. I'm not sure what kind of shape the place is in today, but some of the tenants said the interior was in disrepair after they were forced to vacate in 2008 because of the house's dangerously antiquated electrical wiring. The residents were allowed to return eight months later, but were still without gas for several more months while repairs continued.

Today the house is prominently and uniquely sited, standing alone on a circular traffic island. In its earlier years, it was part of a large walled estate. According to the city's Landmarks Preservation Commission:

The Schleicher House originally stood at the end of tree-lined, semi-circular drive. The rear elevation [above] faced east, toward a sloping, almost circular lawn, ringed by trees. South of the house stood a "back" house or privy, suggesting that at the time of construction the bathrooms were not served by running water. To the north of the house, from west to east, was planned a large vegetable garden with rows of fruit trees, a coach house and stable, a hen house, and duck yard. There were also asparagus beds and winding carriage paths that led to an oval pond at the northeast corner of the estate, near present-day 125th or 126th Street. At the center of the pond was a small island, reached by a bridge. Here stood a small "summer" pavilion and "back" house.