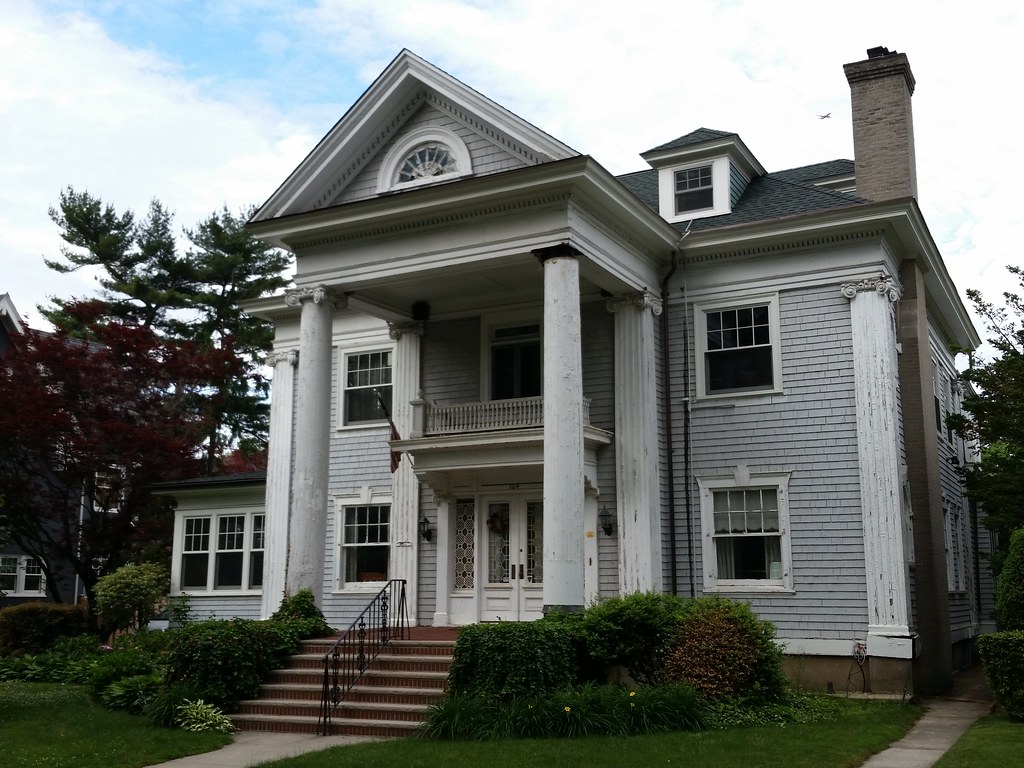 This house, designed in 1901 by Carroll H. Pratt — the architect, not the laugh track pioneer — is one of the many stately dwellings lining the streets of Prospect Park South. The neighborhood originated as a turn-of-the-20th-century suburban community whose developer, Dean Alvord, sought to "illustrate how much of rural beauty can be incorporated within the rectangular limits of the conventional city block." Alvord had the area's numbered streets renamed to sound more aristocratic — East 11th through 16th Streets became Stratford, Westminster, Argyle, Rugby, Marlborough, and Buckingham Roads, respectively — and he required potential buyers to provide references "so as to protect the families of lot purchasers against undesirable social and moral influences."