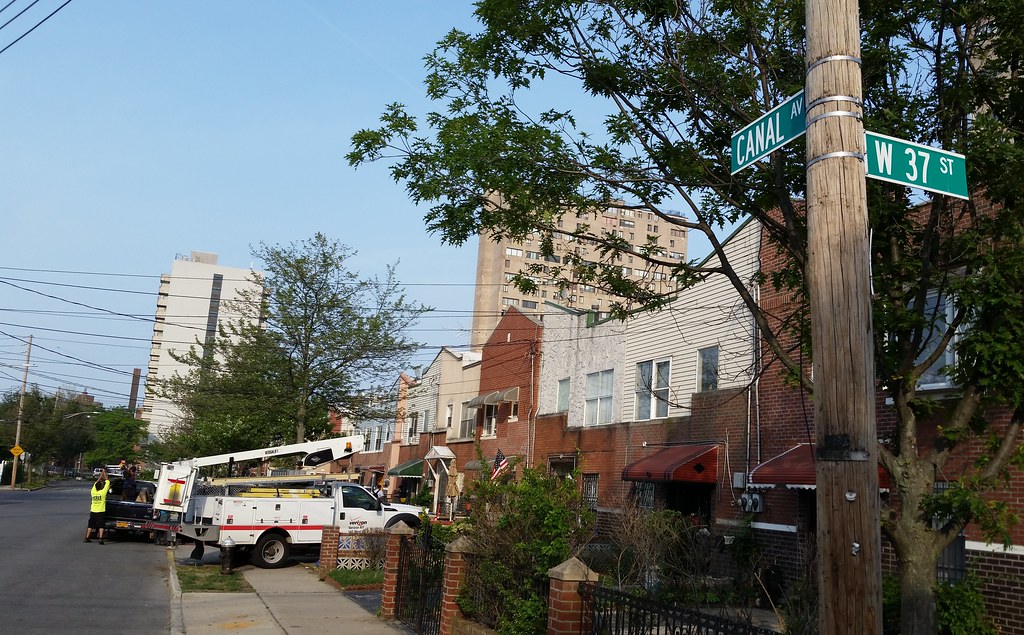 This street is named for the Gravesend Ship Canal, also known as the Coney Island Ship Canal. A noteworthy feature of this canal is that it never existed.

By the late 1800s*, and continuing on through the late 1920s, there were plans to turn the meandering waters of Coney Island Creek into a straight, navigable channel connecting Gravesend Bay and Sheepshead Bay. Maps from that era show the proposed canal flanked by a pair of roadways named Canal Avenue running along its north and south banks.

While the canal never ended up getting built, a few blocks of the southern Canal Avenue were constructed here (1951 aerial view). About one and a half of those blocks remain today (2012 aerial view), still bearing their historically misleading name. There's also one short block named Canal Avenue (formerly two blocks) about a mile east of here, although it's a few hundred feet north of where the proposed northern Canal Avenue appears in the maps linked above.

* The canal can be seen in this map from 1895. This 1879 map makes no mention of the canal itself, but it shows a proposed Canal Avenue.