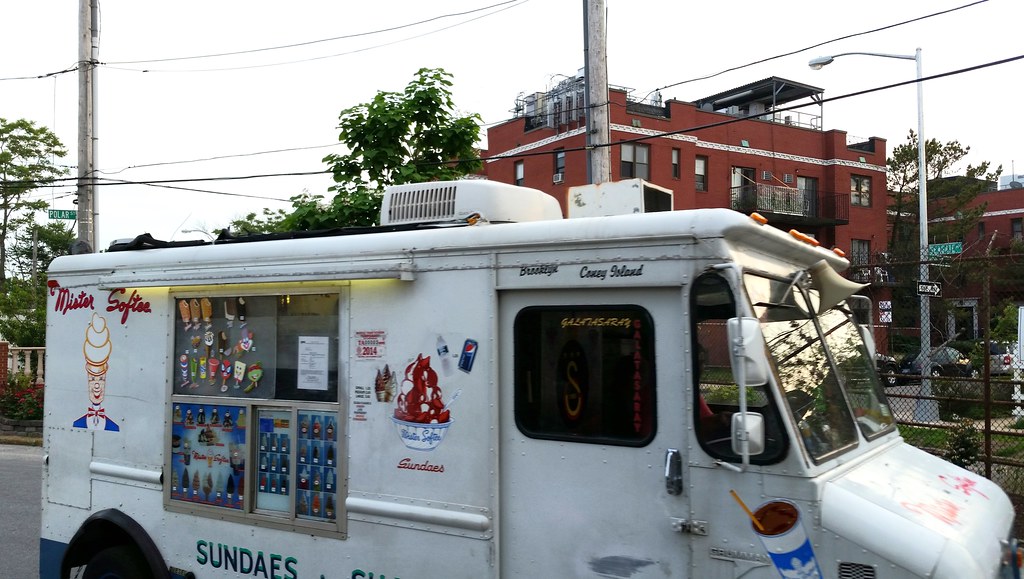 Right after I took the previous photo, a Mister Softee truck drove by. I wasn't paying close attention to it at first, but then I realized that someone inside the gated community of Sea Gate — on the other side of the fence — was calling out to the driver for an ice cream cone. But how would the driver get the man his ice cream? There are no gates in this area, and you can't just throw someone an ice cream cone over a fence... can you? I watched the scene unfold with bated breath.

The driver piled a cone high with chocolate soft-serve, dipped it in chocolate cookie crumbles, then exited the truck and walked over to a particular spot along the fence. There was a small, inconspicuous hole there that someone had cut, just big enough to pass a frosty dessert through. The cone went in, some cash came out, and the truck went on its way. 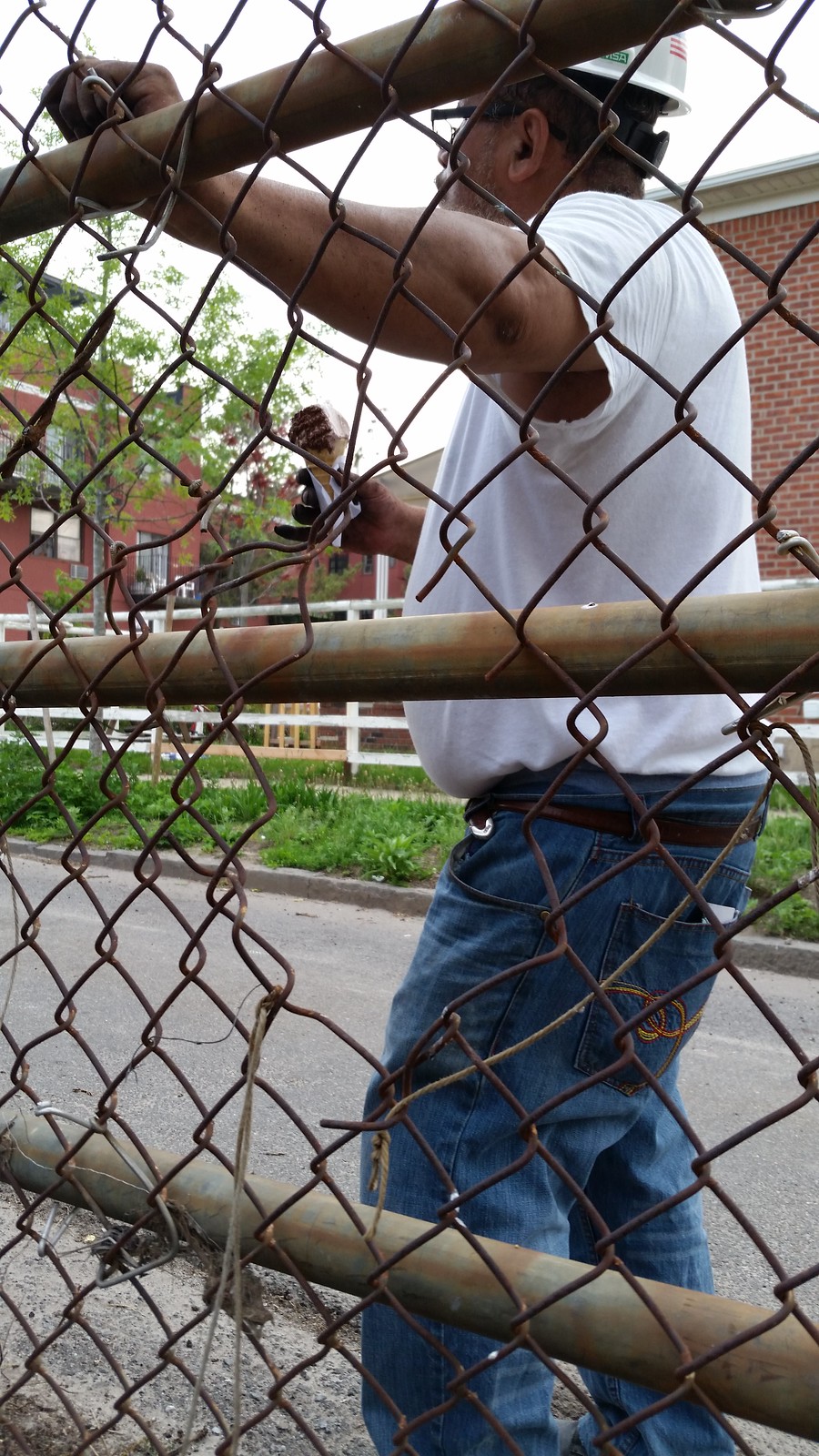 Fascinated by the whole transaction, I started talking to the guy who bought the ice cream, Robert. He said the Mister Softee trucks don't go into Sea Gate — either because they're not allowed in or because they don't want to pay a fee that Sea Gate would charge them — and so he and other nearby residents make their purchases through this hole in the fence.

I told Robert that I wanted to walk around Sea Gate, but that the guard wouldn't let me in. Robert said yeah, you have to be visiting someone to get in if you're not a resident. So I asked Robert if I could visit him, and he said sure. It was too late to walk the whole neighborhood today, so I made plans to call him up and schedule a visit sometime in the next few months. In other words: Stay tuned for more captivating tales from the forbidden land of Sea Gate!