The monks of Howard Beach 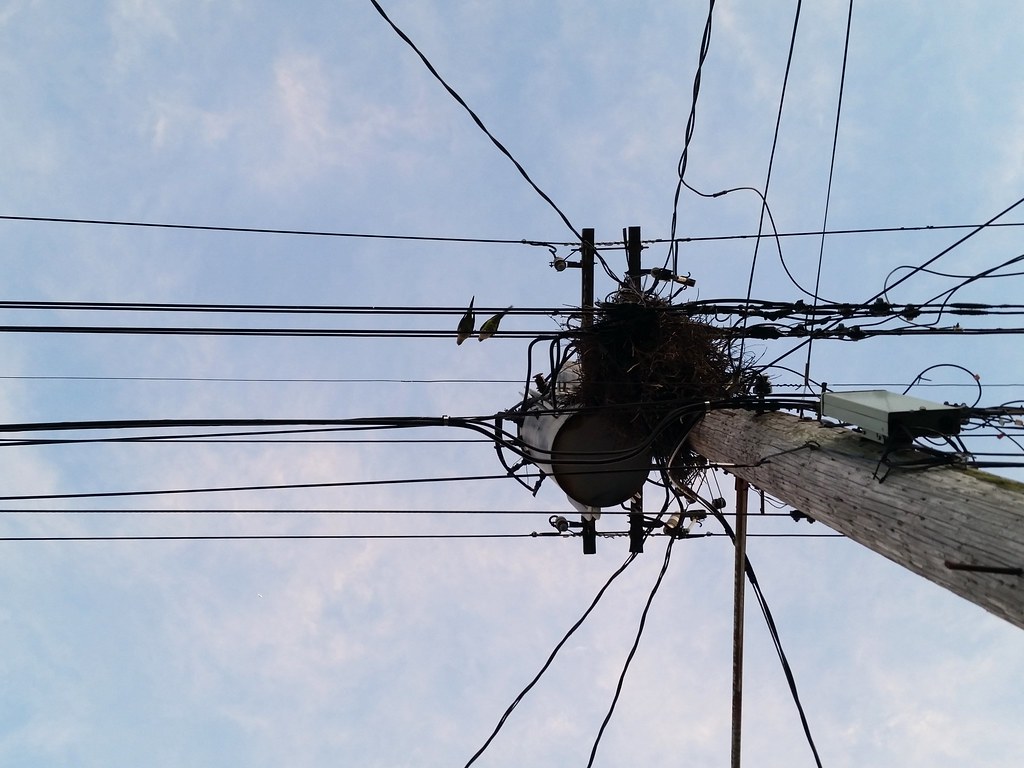 Perched on the utility line overhead are two wild monk parakeets, also known as Quaker parrots. I've seen many of these birds in Brooklyn and a decent number in the Bronx, but I believe these are the first I've encountered in Queens. In typical fashion, their nest (that big jumble of twigs) is built next to the electrical transformer mounted on the pole.

There are several theories about the origins of New York's wild parakeet colonies, but the most oft-repeated one holds that the birds are descended from imported parakeets that escaped from their shipping crates at JFK Airport. If there's any truth to that, then I suppose it shouldn't be too surprising to find some of the birds making their home here in the JFK-adjacent neighborhood of Howard Beach.

News to me: There was once a native species of parrot in New York State! Extinct for about a hundred years now, the Carolina parakeet was indigenous to much of the eastern and central United States.

Day 664: Presiding over a vacant lot