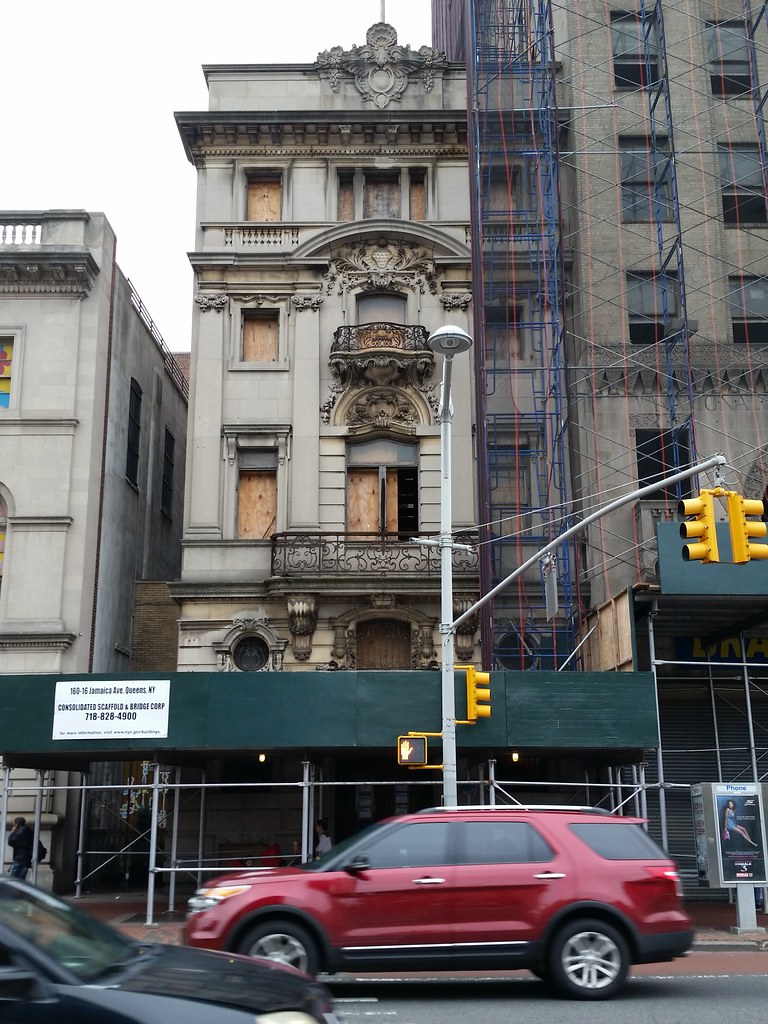 Constructed in 1897-98, the long-vacant Jamaica Savings Bank building "is a fine and particularly exuberant example of the classically inspired Beaux-Arts style strikingly executed in carved limestone and wrought iron, and is one of only a few buildings in the borough of Queens to embrace that architectural aesthetic. Prominently sited on Jamaica Avenue, the bank building is an urbane presence on the neighborhood’s main commercial thoroughfare. Although the four-story structure is relatively small in scale, the imposing design of the facade conveys a monumentality which is appropriately suited to the distinguished image and reputation of the banking institution, while lending the building the formal elegance of a private club or townhouse."

UPDATE (Oct. 2016): The old bank and its two neighbors to the right are being turned into a three-building retail complex. The 10-story tower that stood immediately to the right (visible above) has been knocked down and is being replaced by a structure similar in height to the bank building. Here's a rendering of the proposed development.