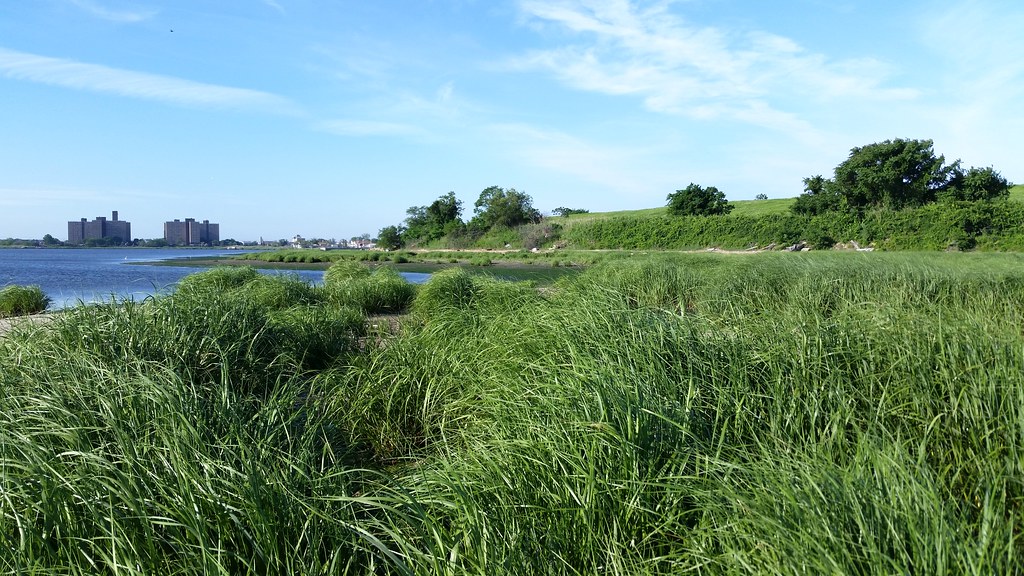 Despite its name, only a small portion of Rockaway Community Park is open to the parkgoing community. The bulk of this peninsular park consists of the old Edgemere Landfill (aerial view) — the large grassy hill at right — which "was the longest continuously operating dump in the United States and perhaps the oldest" when it was finally closed in 1991. (Fresh Kills was the only city landfill still in operation when Edgemere shut down.) It sounds like it will still be at least a few more years before the site is opened to the public.

The tide was low when I walked the perimeter of the peninsula today. I saw several old bottles that presumably came from the landfill, but nothing like the profusion of bottles and other garbage — "exponentially more intense than anything found at the breached landfill of Dead Horse Bay" — that Nathan Kensinger encountered when he walked the same area in 2010.