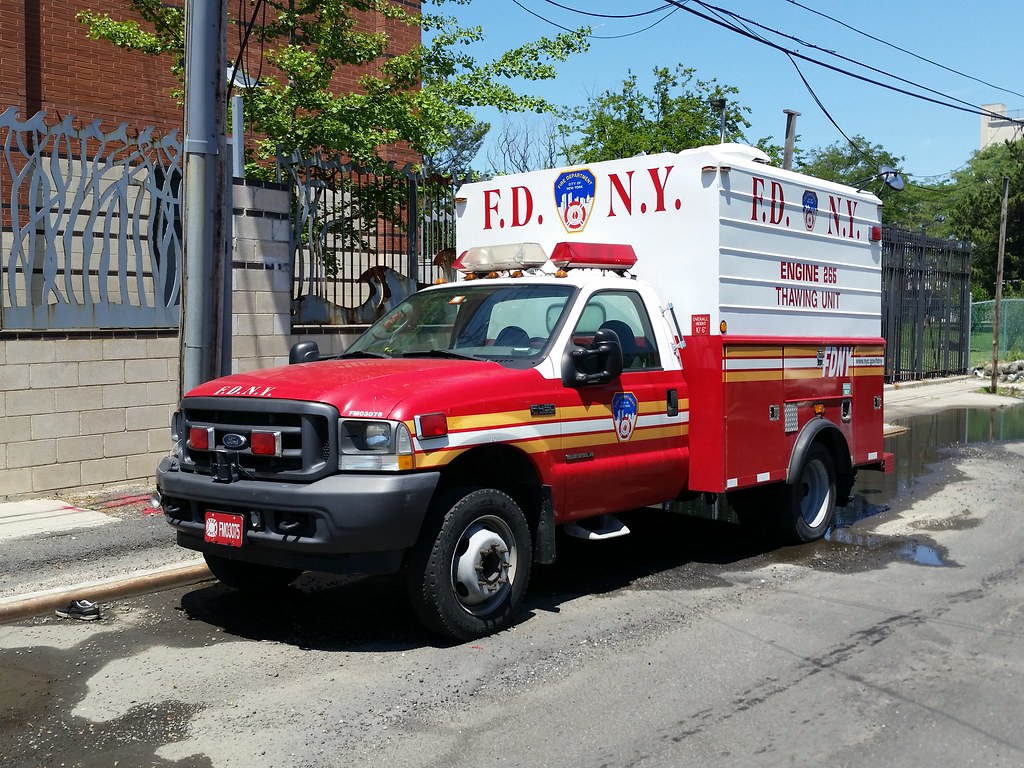 The FDNY has five Thawing Unit trucks, one per borough. The trucks generate high-pressure steam that is used in the winter to thaw frozen hydrants and to keep important equipment free of ice during firefighting operations.

The fence beside the truck, enclosing a patio area outside the Engine 265/Ladder 121/Battalion 47/EMS 47 firehouse, is Jane Greengold's Best on the Beach. This work

consists of six sections depicting large waves, which represent the Atlantic Ocean to the South, and smaller, gentler waves symbolizing Jamaica Bay to the North. Inspired by the innovative decision by Engine 265 and Ladder 121 to equip their facility with surfboards for water rescues, Greengold chose to represent a surfboard and also incorporate the motto of the local firefighters, "Best on the beach," into the fence design. Greengold integrated yet another aspect of the surrounding environment into this permanent public piece by attaching steel seagulls to the top of the fence.

(We've previously taken a look at the old bell from 1897 on display in front of this firehouse.)