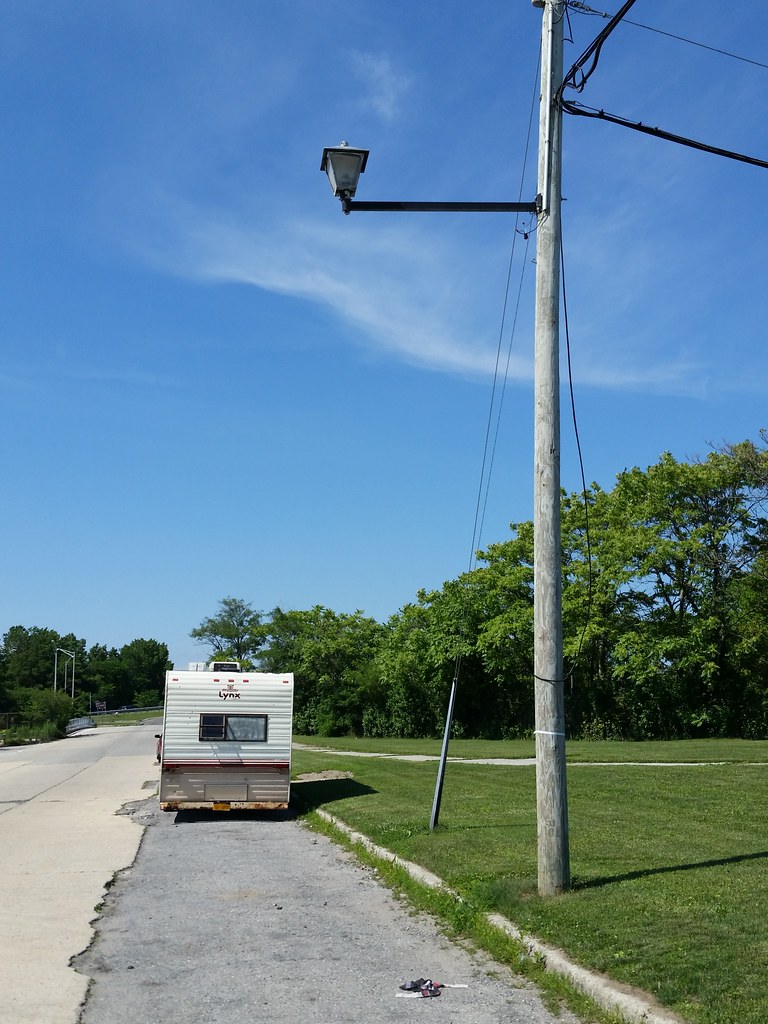 You might assume that entering or leaving the largest city in the nation would always be an occasion worth noting, but local governments seem to think otherwise. Excluding highways, there are well over 100 streets that cross the land boundaries dividing NYC from Nassau and Westchester Counties, and it's only on a small number of those streets that you'll find any kind of sign acknowledging the border.

If you're on a major street, you might come across a "Welcome to" sign on the Nassau/Westchester side of the line, but the best you can hope for from NYC are signs telling you that it's illegal to turn right on red in the city and that the city speed limit is 25 MPH unless otherwise posted. It's only on the highways* that you'll encounter any explicit recognition of the fact that you're entering NYC, be it a typically formulaic "Welcome to" sign or an even more bare-bones affair simply stating the name of the borough you're crossing into. Brooklyn's "Welcome to" and "Leaving" signs actually have some character, but none of them are stationed at the city line, as you have to pass through Manhattan, Queens, or Staten Island to get to Brooklyn.

Even though the city boundary goes unmentioned on most streets that cross it, you can generally detect some subtle indications that you've entered a new municipality. There may be a change in the way the houses are numbered. Or you might notice a difference in the appearance of fire hydrants, manhole covers, or other elements of the streetscape. Most reliably, you can usually spot different styles of street signs (and often parking and traffic signs as well) on either side of the border.

While the nearby street signs may be misleading, the photo above offers a convincing piece of evidence that we have in fact entered Nassau County: the street lamp, one of six such lamps installed here on Beach 2nd Street. You can find this style of lamp scattered around Nassau, from Port Washington to Westbury to elsewhere in Lawrence and beyond, but you'll never see it in NYC.

* One sort-of exception to the highways-only rule for NYC "Welcome to" signs: As you cross into Queens from North Valley Stream (Nassau County) on Elmont Road, you'll see a "Welcome to Rosedale" sign. But you would have to know Rosedale is an NYC neighborhood to know you were entering NYC. And the sign was not put up by the city government, but by the Rosedale Civic Association.