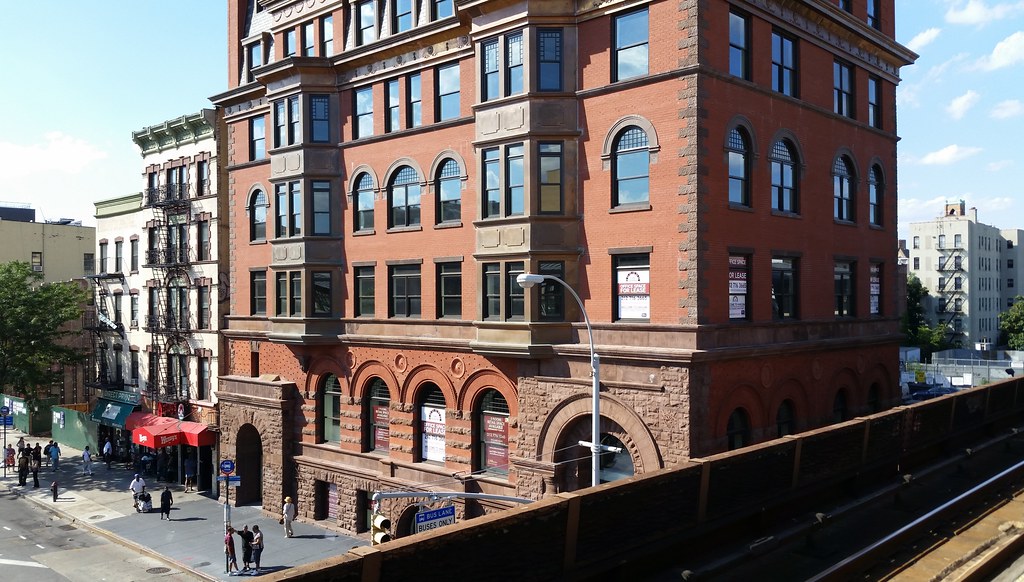 Stepping off a Metro-North train in Harlem, I see that a reasonable approximation of the old Corn Exchange Bank has risen atop the ruins of the original building. 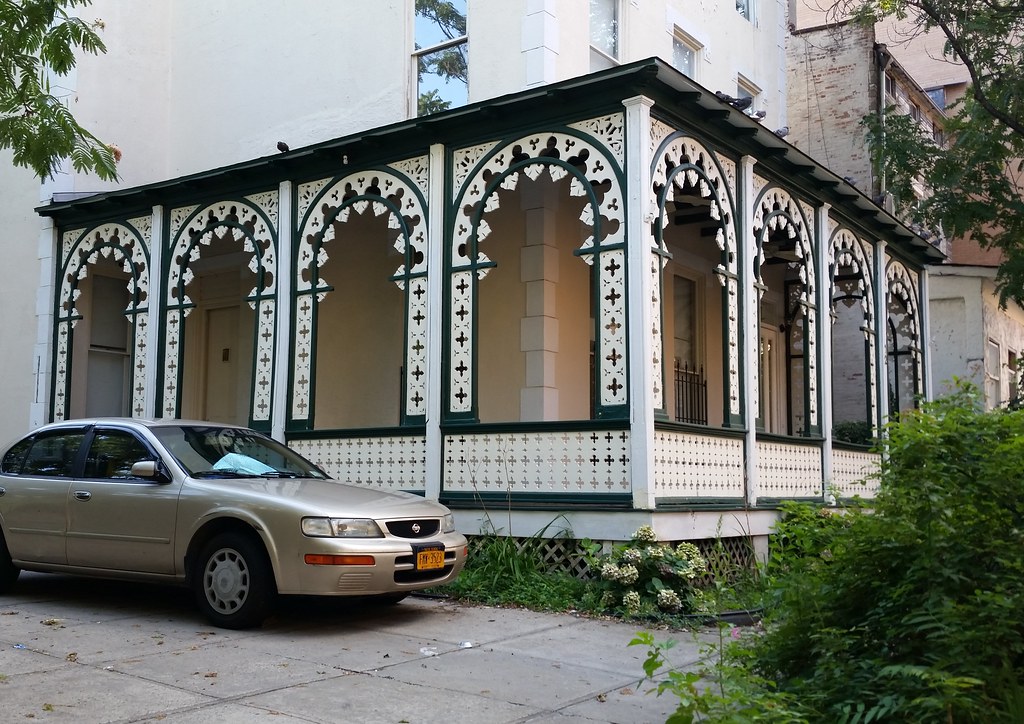 You can see a wider shot of the building in Street View. And here's what the place looked like in 1932.

From the building's 1994 landmark designation report:

The house at 12 West 129th Street, erected c.1863 when the village of Harlem was undergoing development as a suburban center, stands as a rare survivor of Harlem's early history, prior to its rapid development as an urban neighborhood. Built for two carpenters, William Paul and Thomas Wilson, and their families, it was a two-and-a-half story frame structure characteristic of suburban architecture. Subsequent changes to the house reflect adaptations by new owners to their needs, as well as changes in the surrounding community. In 1883, piano merchant John Bolton Simpson, Jr., added the distinctive Moorish-inspired porch, the most significant architectural feature of the house, with its perforated ornamentation created by the use of a scroll saw. In 1896, the house was acquired by an order of Franciscan nuns which was expanding its mission in the greater New York area. In order to accommodate a new use as a convent and children's home, the building was enlarged to a full three stories. Since that time, the building has continued in institutional ownership; it was purchased in 1979 by the Christ Temple Church of the Apostolic Faith, which plans to convert it to a senior citizens' residence.

I'm not sure what's currently happening with the building, but I do know it was used as a hostel called "Jazz on the Villa" for a few years around 2006 to 2009.

Day 111: You sure don't want that on your record