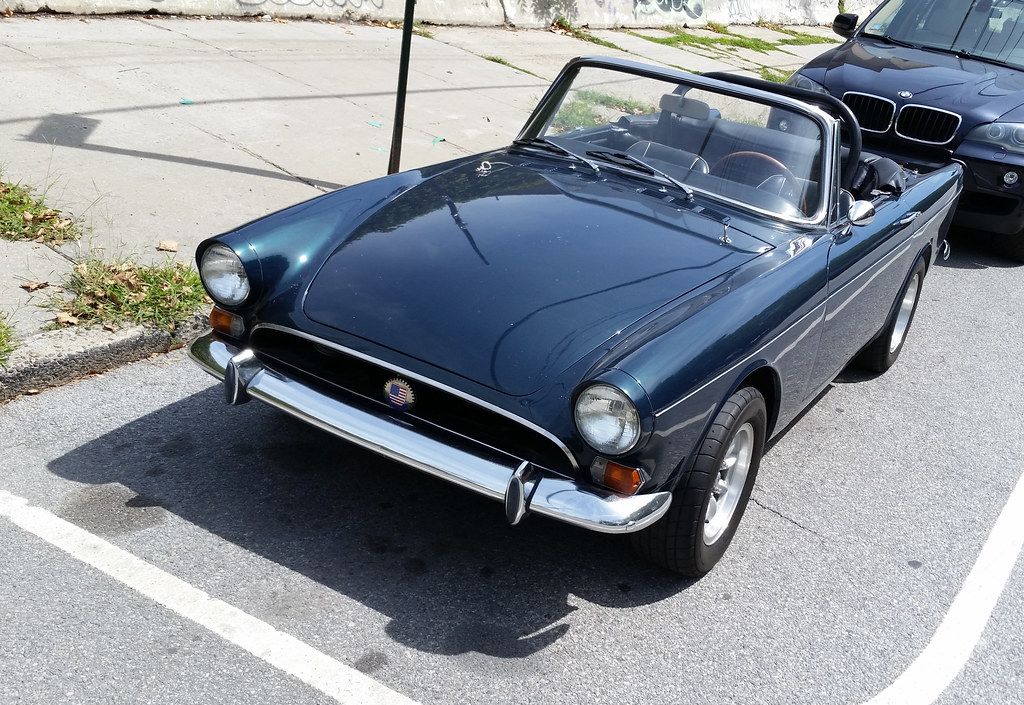 This is either a Sunbeam Alpine or a Sunbeam Tiger (the V8 version of the Alpine). I had never heard of these cars before, but they've had some impressive movie and television roles. The first James Bond car, as seen in 1962's Dr. No, was a blue early-'60s Alpine, and Maxwell Smart drove a red '65 Tiger during the first four seasons of the TV series Get Smart, including at the beginning of the opening credits for the first two seasons. An Alpine apparently had to stand in for the Tiger on Get Smart in some instances; because of its smaller engine, only the Alpine had enough room under the hood to accommodate the car's pop-up machine gun.