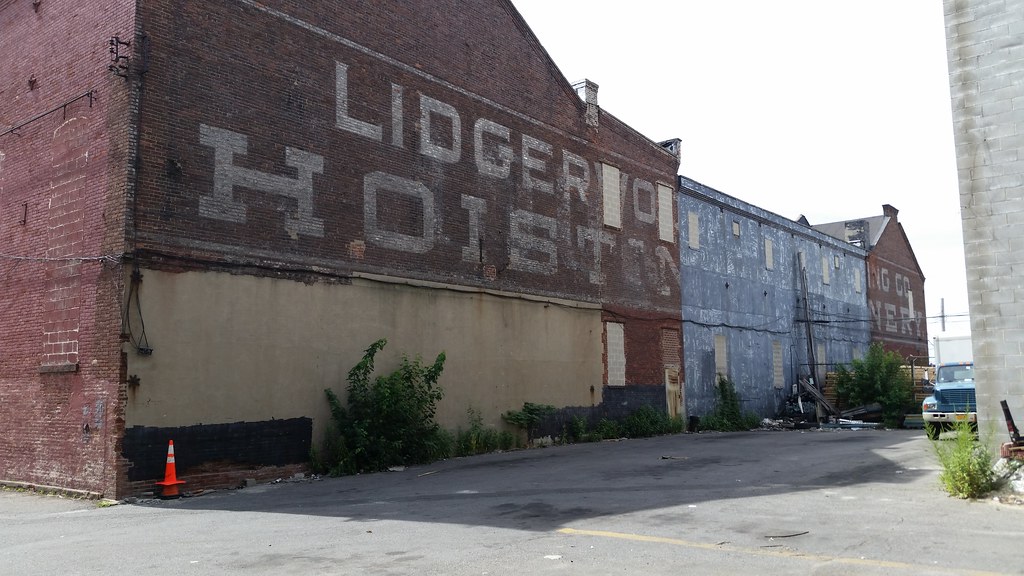 This is the northwestern facade of the old Lidgerwood Manufacturing Company factory complex. A major builder of cableways and hoisting machinery, Lidgerwood supplied cableways for the construction of the Panama Canal, the Hoover Dam, and many other large infrastructure projects. The company was founded in Brooklyn in 1873 and lives on today as the Superior-Lidgerwood-Mundy Corporation of Superior, Wisconsin.

The Brooklyn Edison electric company purchased this property from Lidgerwood in 1926, and by 1937 had painted over this wall (which at that time was fully visible from the harbor) with a big "COOK ELECTRICALLY" ad featuring Reddy Kilowatt. If you look closely (zoom in), you can still make out faint traces of the word "COOK" on the left side of the wall, on top of the older Lidgerwood lettering.