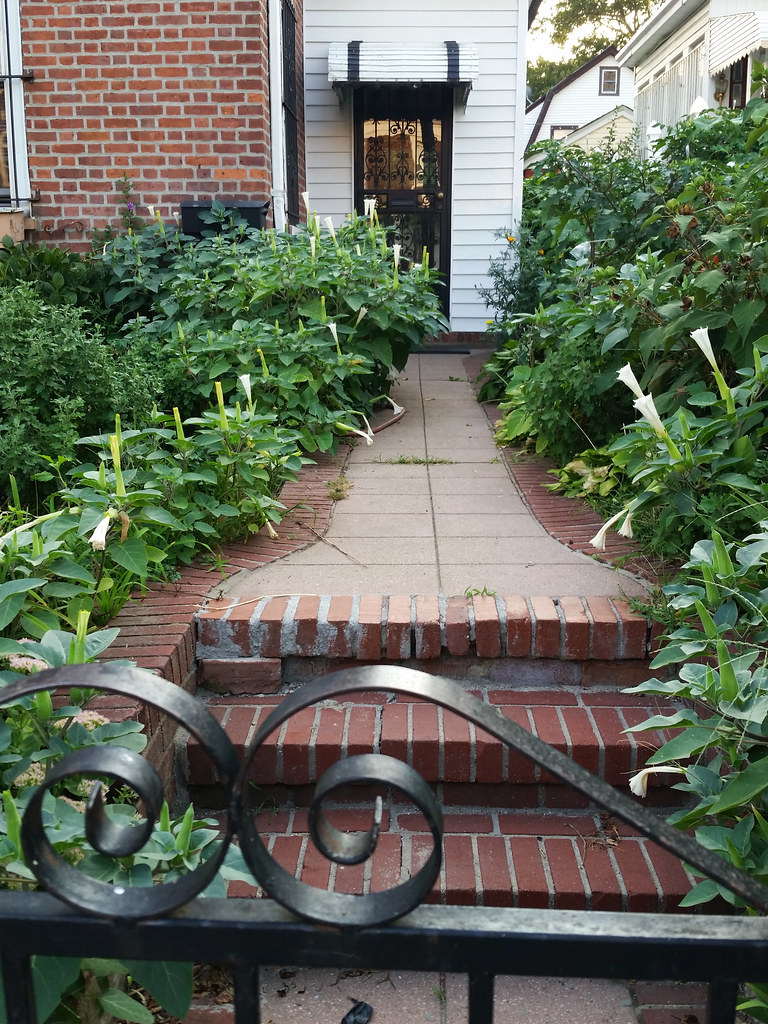 One species of datura, Datura stramonium, is often called jimson weed, "jimson" being a contraction of "Jamestown", as in Jamestown, Virginia. There's no consensus on the geographic origin of jimson weed, but the plant had reportedly made its way to Jamestown by 1677, when a number of British troops sent to quell Bacon's Rebellion decided to boil up some foraged jimson leaves for a nice salad. An account of their experiences was published in 1705 in Robert Beverley's The History and Present State of Virginia:

The James-Town Weed (which resembles the Thorny Apple of Peru, and I take to be the Plant so call'd) is supposed to be one of the greatest Coolers in the World. This being an early Plant, was gather'd very young for a boil'd Salad, by some of the Soldiers sent thither, to pacific the Troubles of Bacon; and some of them eat plentifully of it, the Effect of which was a very pleasant Comedy; for they turn'd natural Fools upon it for several Days: One would blow up a Feather in the Air; another wou'd dart Straws at it with much Fury; and another stark naked was sitting up in a Corner, like a Monkey, grinning and making Mows at them; a Fourth would fondly kiss, and paw his Companions, and snear in their Faces, with a Countenance more antick, than any in a Dutch Droll. In this frantick Condition they were confined, lest they should in their Folly destroy themselves; though it was observed, that all their Actions were full of Innocence and good Nature. Indeed, they were not very cleanly; for they would have wallow'd in their own Excrements, if they had not been prevented. A Thousand such simple Tricks they play'd, and after Eleven Days, return'd to themselves again, not remembring any thing that had pass'd.

In other news, a jimson weed flower is the subject of what is by far the most expensive painting by a woman ever sold at auction: Georgia O'Keeffe's Jimson Weed/White Flower No. 1, which was purchased for $44.4 million in November 2014, shattering the previous record of $11.9 million.