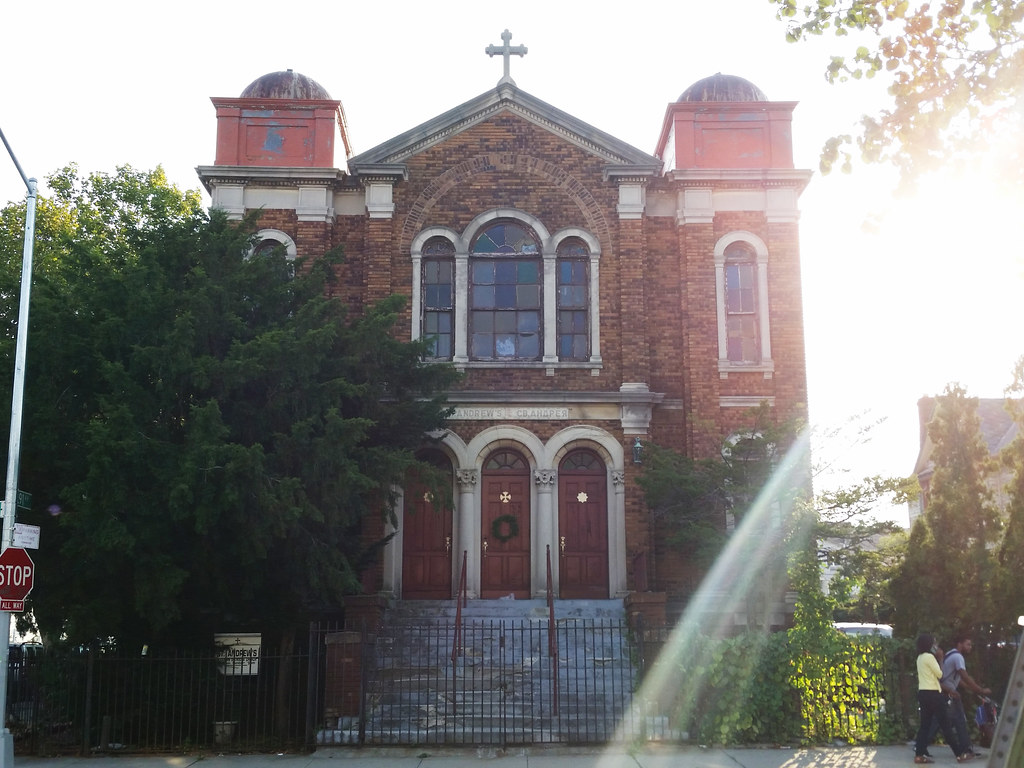 UPDATE (June 2017): With necessary repairs having been made, the church reopened on November 28, 2015. As seen here, the place is looking pretty good these days, although the congregation is still trying to raise money for additional restoration projects. (Despite its Romanian-ness, St. Andrei appears to belong to the Ukrainian Orthodox Church of the USA, as did St. Andrew's before it.)