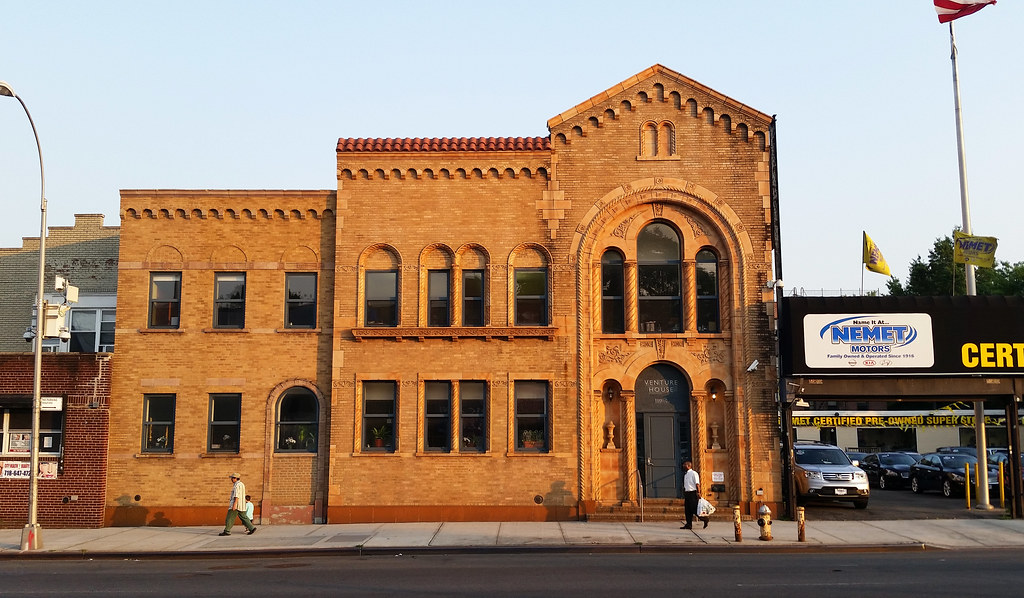 Venture House operates on the Clubhouse Model, providing adults with mental illness the opportunity "to live and work successfully in the community, independently and with dignity."

This building was for many years a Walter B. Cooke funeral home. With numerous locations throughout the city and in Westchester County, Cooke proclaimed itself "New York's largest funeral director" in a 1947 ad and said that it handled "one out of every ten funerals in New York City". I found newspaper mentions of a Cooke funeral home at this address (150-10 Hillside Avenue) as far back as 1935, and the company held the lease on the building through the end of 1995. A photo taken sometime between 1983 and 1988 shows the place in its funeral attire (i.e., with a sign and canopy bearing the Cooke name).