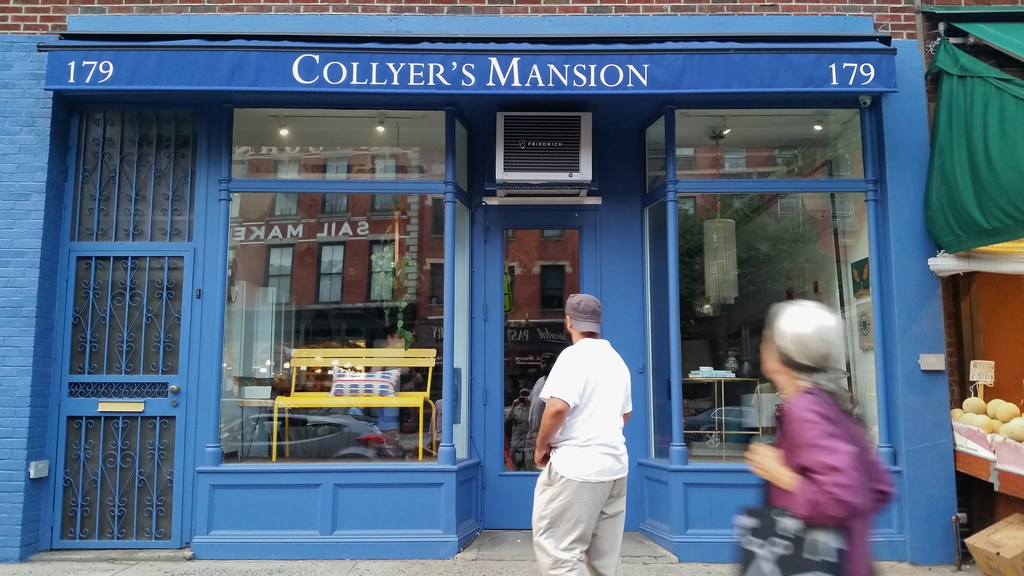 Homer and Langley Collyer were NYC's most famous hoarders. The reclusive brothers, rumored to be quite wealthy, lived out their lives in a jam-packed Harlem row house "honeycombed with tunnel-like passageways through the piles of newspapers and debris."

One day in 1947, while bringing food to Homer, who had been blind and paralyzed for several years at that point, Langley accidentally triggered one of the many booby traps he had set inside the house, causing a mountain of rubble to collapse and suffocate him. Left alone with nothing to eat, Homer died some days later. Responding to a call, the police discovered Homer's body on March 21. Because the house was so crammed full of junk, they were unaware that Langley lay just ten feet away from his brother. His body wasn't found until April 8.

The Fire Department still uses the term "Collyers' Mansion" to refer to a dangerously overstuffed dwelling. The owners of this home goods shop adopted the name for their original Ditmas Park location, "a tiny store . . . filled with stuff" arranged "like Tetris".

(In the window at left, you can see a reflection of what once was a painted sign for John Curtin Inc., Sail Makers & Canvas Goods — and what now is essentially decor for an Urban Outfitters store, helping to convince its customers that they're enjoying an authentically vintage shopping experience.)