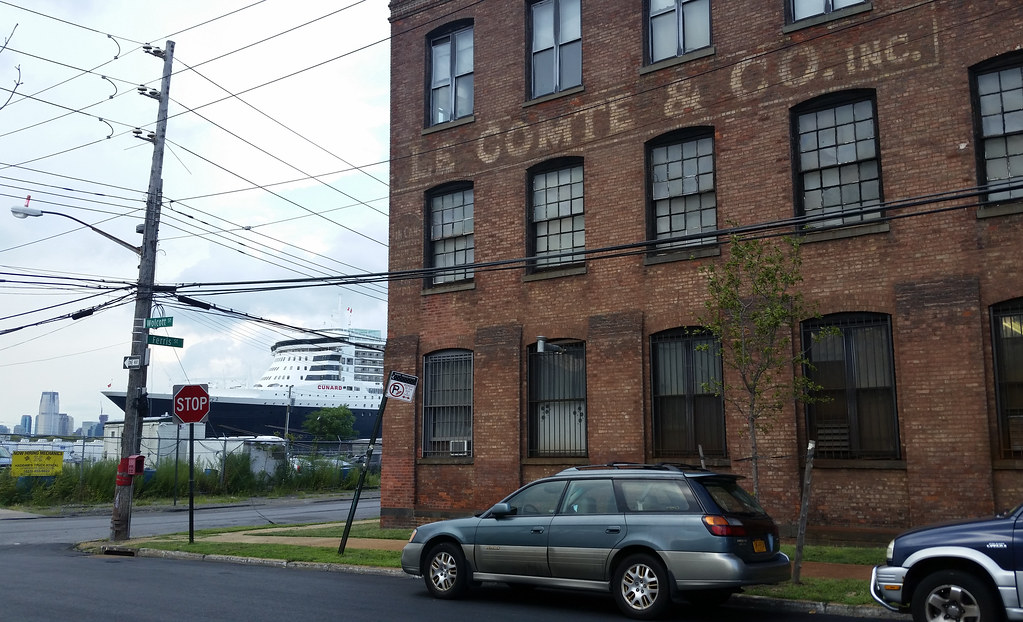 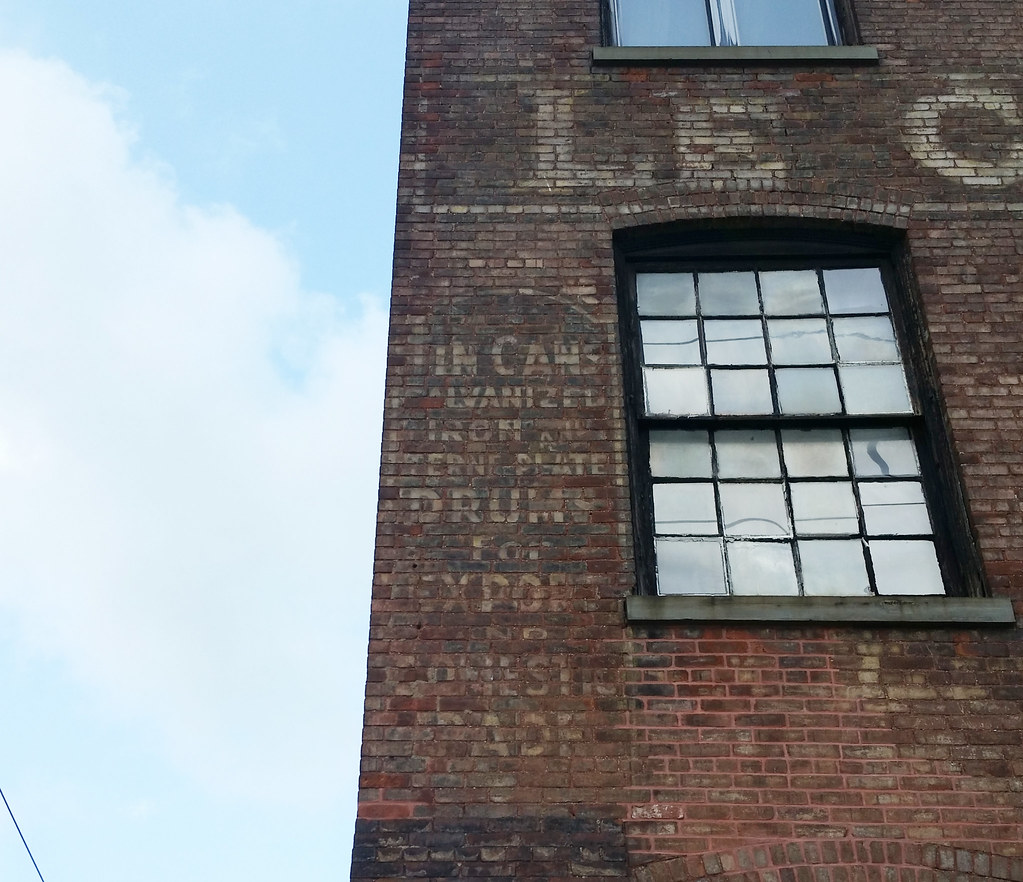 Founded in 1903, Le Comte & Company manufactured "a specialty general line of metal cans and metal waste baskets". The company apparently managed to stay in business until 1993, though it had long since left Red Hook at that point.

This building is part of a late-19th-century industrial complex that was in pretty rough shape when it was bought in 1998 by its current owner, a man named... Rhett Butler. Mr. Butler, who moved with his wife into the top floor of the building above, spent years restoring the complex to house production studios for the "meticulously crafted, often jewel-like hinges, locks, levers, escutcheons, pulls and the like" that have made his business, E.R. Butler & Company, "one of the most prestigious hardware companies in the world". He also built an impressive-looking walled garden on the property and installed a rooftop hot tub (which I believe you can see here).