Must have been a strong guy 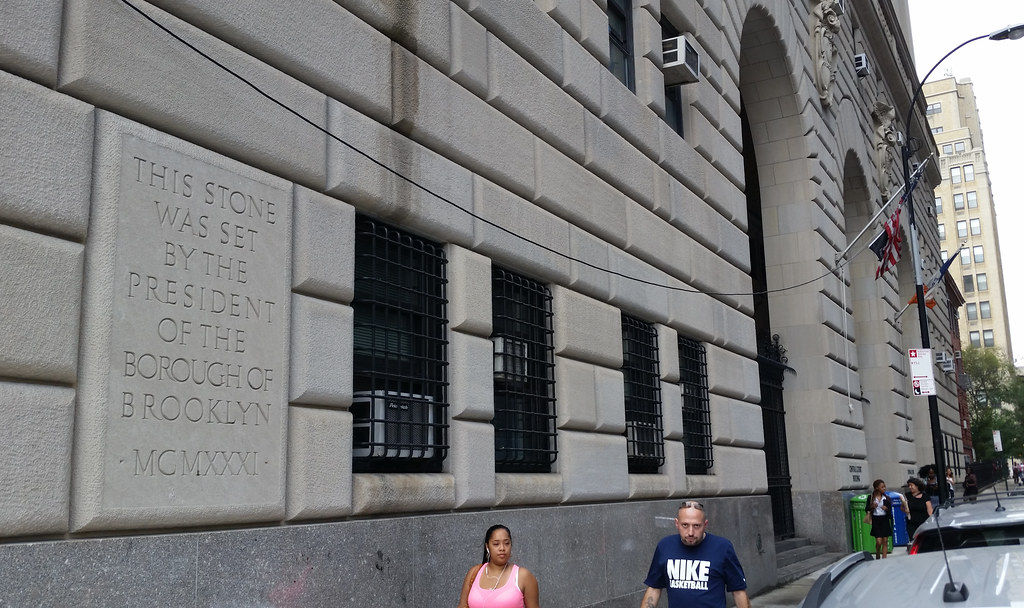 Here's a photo from that day in 1931. Borough President/Honorary Stonemason Henry Hesterberg is the one holding the trowel.

This building is generally referred to as the Central Courts Building, despite the fact that it clearly calls itself the Central Court Building. You can see a couple of photos of its construction here.