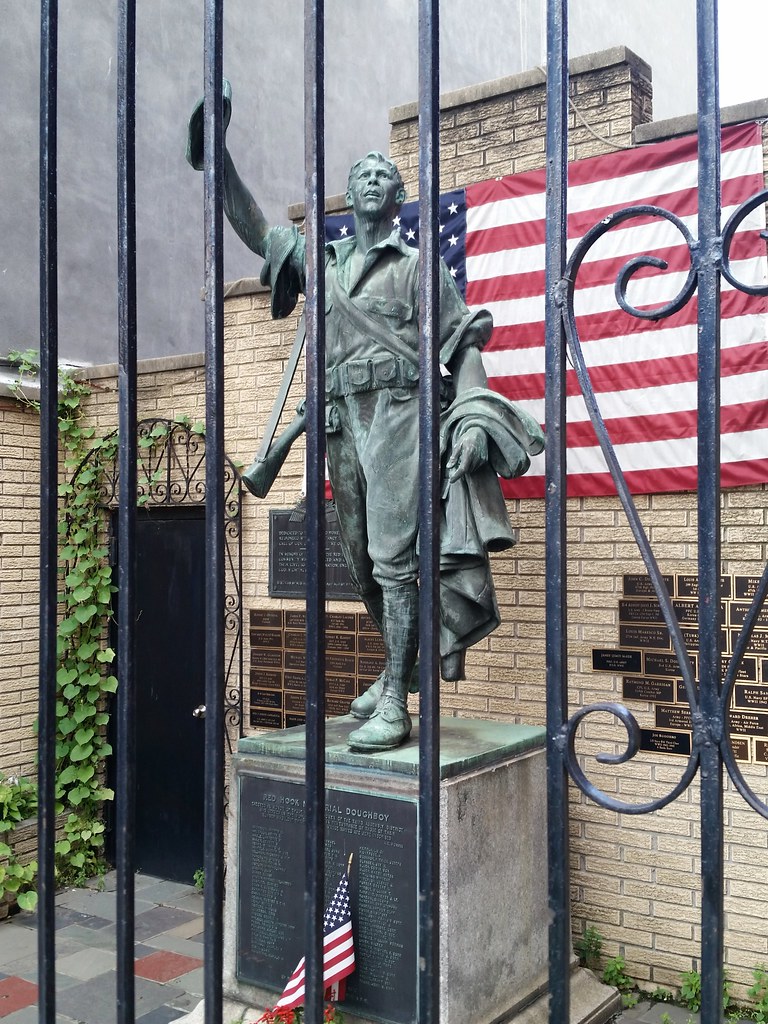 This World War I memorial was dedicated in 1921 in nearby Coffey Park. It was moved here, outside VFW Post 5195, around 1972 after having been vandalized in the park on multiple occasions. One such incident occurred in 1948, when the doughboy "was torn down by a gang of about 40 young toughs . . . [who] shoved at the statue until it broke off just above the ankles and toppled face down to the ground".

The doughboy was sculpted by Augustus Lukeman, who was later hired to carve what would become the country's largest Confederate monument on the side of Stone Mountain, the Georgia landmark where the modern Ku Klux Klan was born. (Lukeman took over at Stone Mountain after the departure of Gutzon Borglum, who would go on to carve Mount Rushmore.)