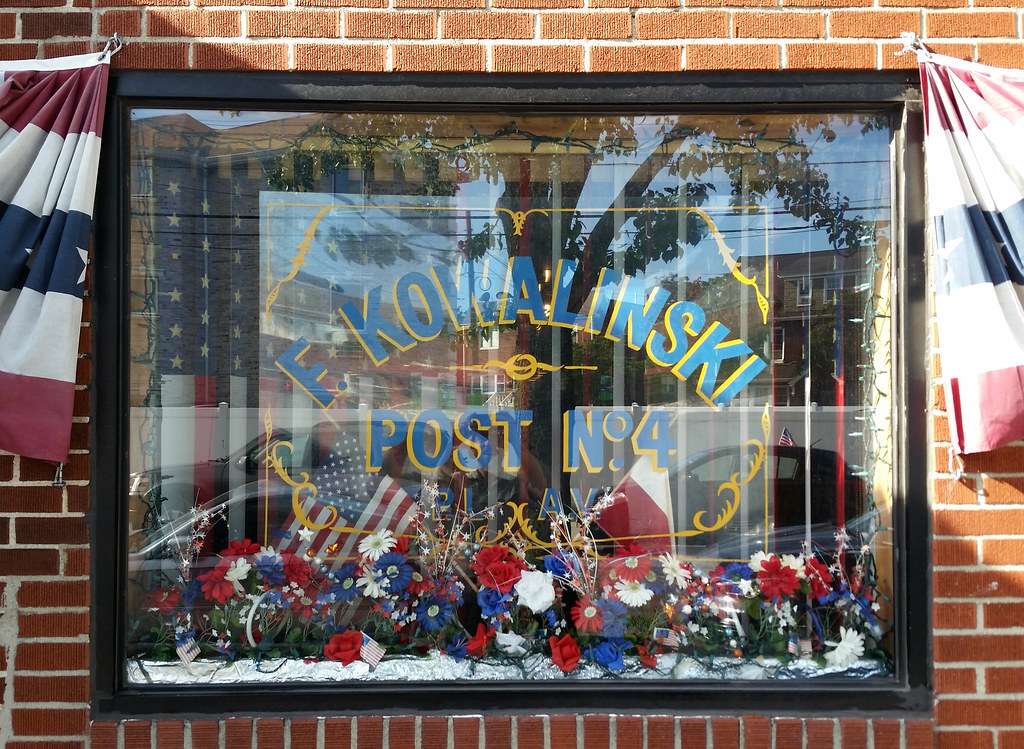 This Polish Legion of American Veterans post is named for Frank Kowalinski, "the first U.S. Army soldier of Polish descent to be killed in combat during World War I".

From 1895 until about 1914, this building was a firehouse, home to Maspeth Engine Company No. 4. You can see a couple of old photos of the firehouse here and here.

UPDATE: On Veterans Day of 2015, a couple of months after I passed by, this block of Maspeth Avenue was co-named Frank Kowalinski Way.