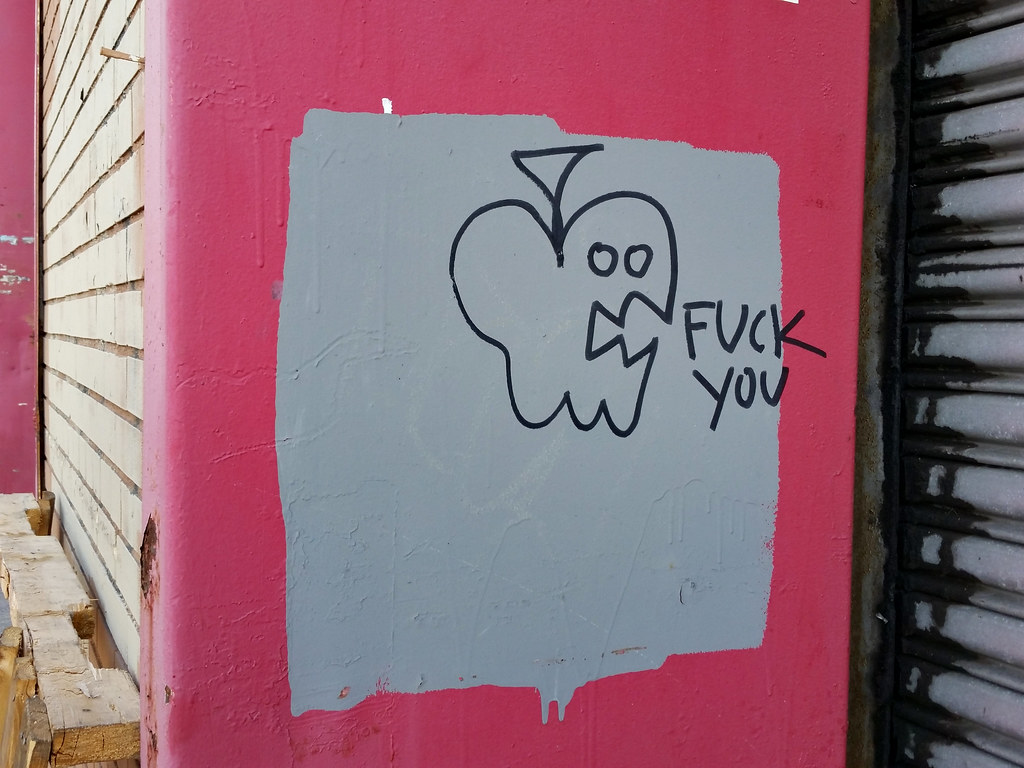 From The Catcher in the Rye:

But while I was sitting down, I saw something that drove me crazy. Somebody'd written "Fuck you" on the wall. It drove me damn near crazy. I thought how Phoebe and all the other little kids would see it, and how they'd wonder what the hell it meant, and then finally some dirty kid would tell them--all cockeyed, naturally--what it meant, and how they'd all think about it and maybe even worry about it for a couple of days. I kept wanting to kill whoever'd written it.

I went down by a different staircase, and I saw another "Fuck you" on the wall. I tried to rub it off with my hand again, but this one was scratched on, with a knife or something. It wouldn't come off. It's hopeless, anyway. If you had a million years to do it in, you couldn't rub out even half the "Fuck you" signs in the world. It's impossible.

I was the only one left in the [Egyptian] tomb [at the Metropolitan Museum of Art] then. I sort of liked it, in a way. It was so nice and peaceful. Then, all of a sudden, you'd never guess what I saw on the wall. Another "Fuck you." It was written with a red crayon or something, right under the glass part of the wall, under the stones.

That's the whole trouble. You can't ever find a place that's nice and peaceful, because there isn't any. You may think there is, but once you get there, when you're not looking, somebody'll sneak up and write "Fuck you" right under your nose. Try it sometime. I think, even, if I ever die, and they stick me in a cemetery, and I have a tombstone and all, it'll say "Holden Caulfield" on it, and then what year I was born and what year I died, and then right under that it'll say "Fuck you." I'm positive, in fact.