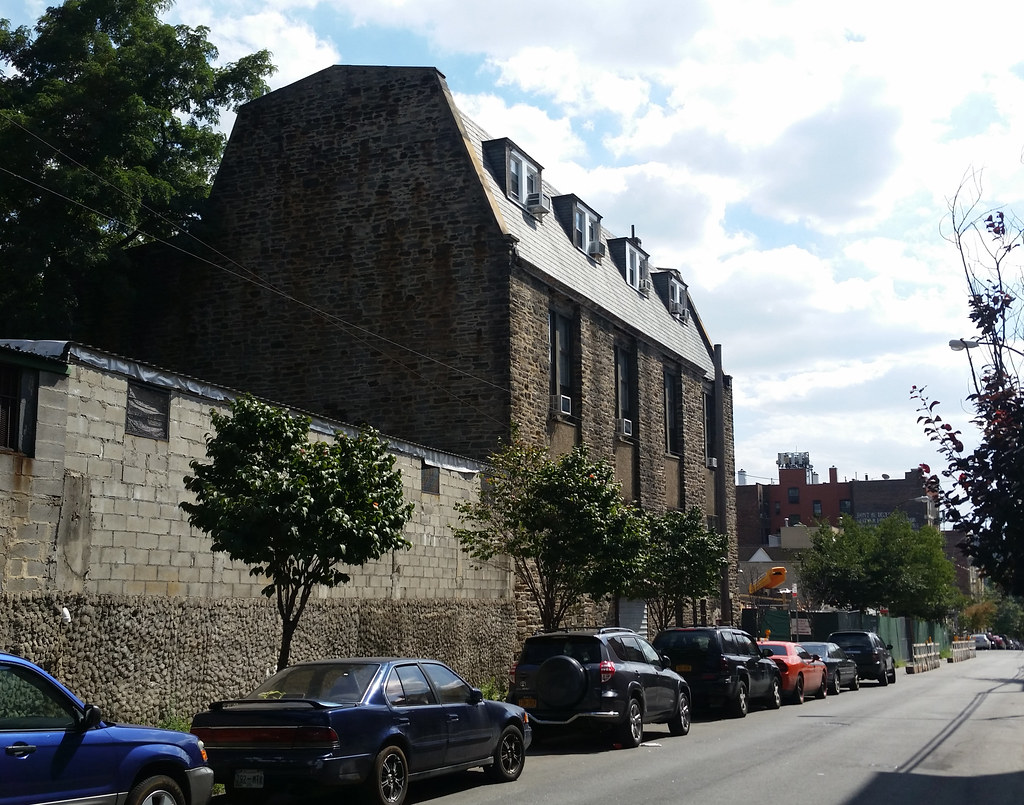 As best I can tell, this imposing stone edifice on Summit Avenue was erected sometime between 1911 and 1921 by St. Alban's Episcopal Church, and it served as both house of worship and rectory. (The main entrance is on the other side, accessible via a staircase and walkway leading up from Ogden Avenue.)

Sacred Heart, a Roman Catholic parish, purchased the building in 1943 and renovated it, naming the refurbished chapel St. Eugene's. Records from that time indicate the building also contained classrooms.

Sacred Heart still owns the building today, although I'm not sure how or if it's currently being used. Until recently, it was home to the main office of the Highbridge Community Life Center, a community services organization founded by nuns that operated from the late 1970s until 2014.

The center made the news in 1987 when Nicaraguan president Daniel Ortega attended a fiesta here while he was in town for the United Nations General Assembly (where he had forcefully denounced President Reagan in a speech the day before). The center's director told the NY Times: "I had heard he was looking for a place like the Bronx where he might - you know - hang out with some poor people . . . So we asked him over."

UPDATE (Aug. 24, 2017): Sacred Heart has sold the building and the surrounding lot to a developer. This is the first time in more than a century that the property has not been owned by a church.