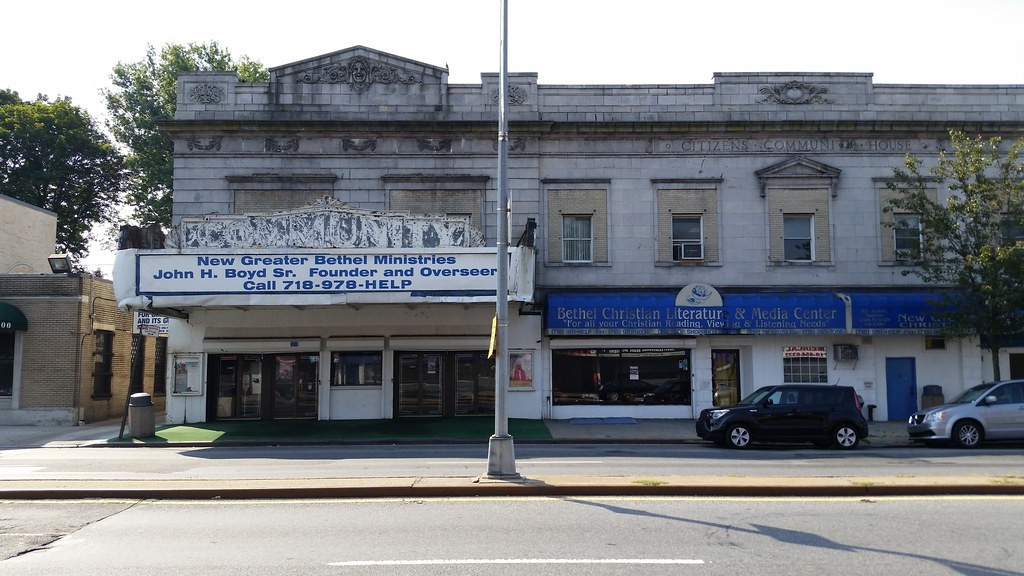 When this former community center opened in 1925, it featured a 1,200-seat theater, a 700-seat auditorium, and a six-lane bowling alley. Here's a picture from the building's early days showing the theater marquee (1924's The Price She Paid, starring Alma Rubens, was playing at the time) and the entrance to the bowling alley.

Judging from this 1993 photo, the theater was still showing movies at least as recently as 1992 (the year White Men Can't Jump was released). The building was purchased by its current occupant, New Greater Bethel Ministries, in 1993.