A night with the Amish, continued 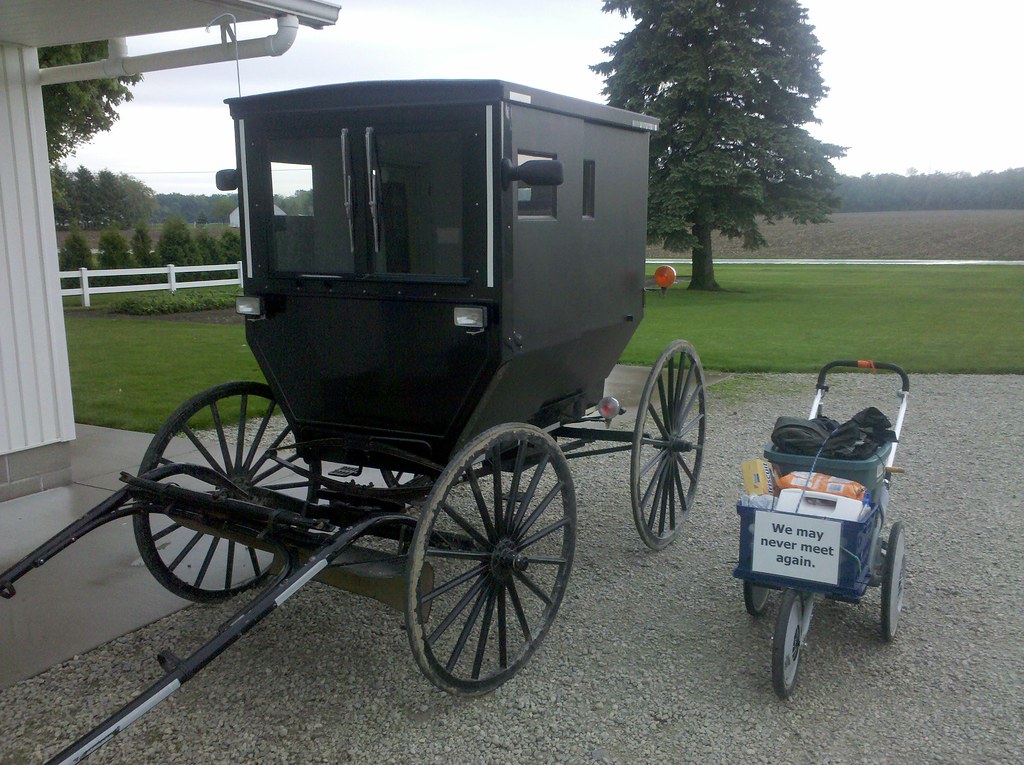 I mentioned in my previous post that I had the chance to ask Lee and Mary Kathryn questions about Amish culture. Here are some things that I learned from them, as well as some observations I made:

Different orders and communities of Amish differ in their uses of modern technology. The Swartzentruber Amish are the most conservative and restrictive order, and won't even use electric lights on their buggies, driving at night with no turn signals and just a lantern to make themselves visible and light the way. Lee and Mary Kathryn belong to a different order (Old Order Amish, I believe) that allows limited use of electricity. In the picture above, you can see electric lights on the buggy (you can also see windshield wipers, but they are hand-operated). The lights run on a battery that is charged with a solar panel. There were a few other battery-operated things in Lee and Mary Kathryn's house that I noticed: LED night lights in the bathroom, an LED lantern, and electric clocks. They also had gas lights and gas heat (and probably a gas stove, although I don't know that for sure).

The specific regulations are determined by each community within the order, with representatives from each constituent church (there aren't physical churches, just groups that meet and worship at each other's houses on a rotating schedule) in the community meeting once a year to hammer out any changes to the rules. In Lee and Mary Kathryn's community, telephones used to be strictly prohibited. At some point they were deemed necessary for making doctor's appointments and other similar arrangements, so the community allowed one phone to be shared by the members of each church. Now each house is allowed to have a phone, but they have to be located outside the house. Lee and Mary Kathryn don't have their own phone, so they use a shared phone when they need to make a call. Businesses are allowed to have phones because they would not be able to stay competitive without them.

Lee and Mary Kathryn have one son who lives in Phoenix and is not Amish. They sometimes take the train out to visit him, and will ride in his car with him. There is a taxi service in Nappanee that the Amish sometimes use (if they're too old to get around on their own, if the weather makes other forms of travel dangerous, etc). I believe the idea is not that modern technology is inherently bad, but that it can be divisive to the community, so it is generally ownership of something modern, rather than use of it, that is forbidden. I don't think it's uncommon for an Amish person to work at a job that requires use of electricity.

In addition to the horse and buggy, many Amish in Nappanee use bicycles to get around. I probably saw more bikes there than in the rest of my trip combined.

They seemed to speak Dutch (Pennsylvania German) to each other, and English is taught in the schools. Their bibles are mostly in German.

I had heard that Amish kids had one year where they were allowed to live in the outside world and experience modern life, including drug use and pre-marital sex, before deciding whether they wanted to remain Amish. There is a nugget of truth to this. The Amish are Anabaptists, meaning they're not baptized into the church until they're adults. So there is often a period of time after children are old enough to live on their own but before they are baptized when neither their parents nor the church have much influence over them. For instance, James (Lee and Mary Kathryn's son) shared an apartment in Nappanee with a roommate for a few years before joining the church and returning to the traditional lifestyle. Lee and Mary Kathryn lived out west and owned a car for a while after getting married before rejoining the Amish community. The part of the rumor about drugs and sex is true for some, but not all. People raised Amish vary in their inclinations toward those activities, just like everyone else.

Lee and Mary Kathryn told me that many Amish children have cell phones, and sometimes even text each other during church services. I should have asked more questions about this. I guess this is not strictly prohibited because the children aren't members of the church yet, but I'm surprised their parents allow cell phones in the house. And how do they charge their phones? Do their families have solar panels or gas generators they use?

Lee and Mary Kathryn didn't want me to take a picture of them, because of the second commandment forbidding graven images, but they had no problem with me taking pictures of their house or their belongings.

Whew. I think that's most everything interesting I learned. If you have any questions, just ask them in the comments, and hopefully I will be able to answer. 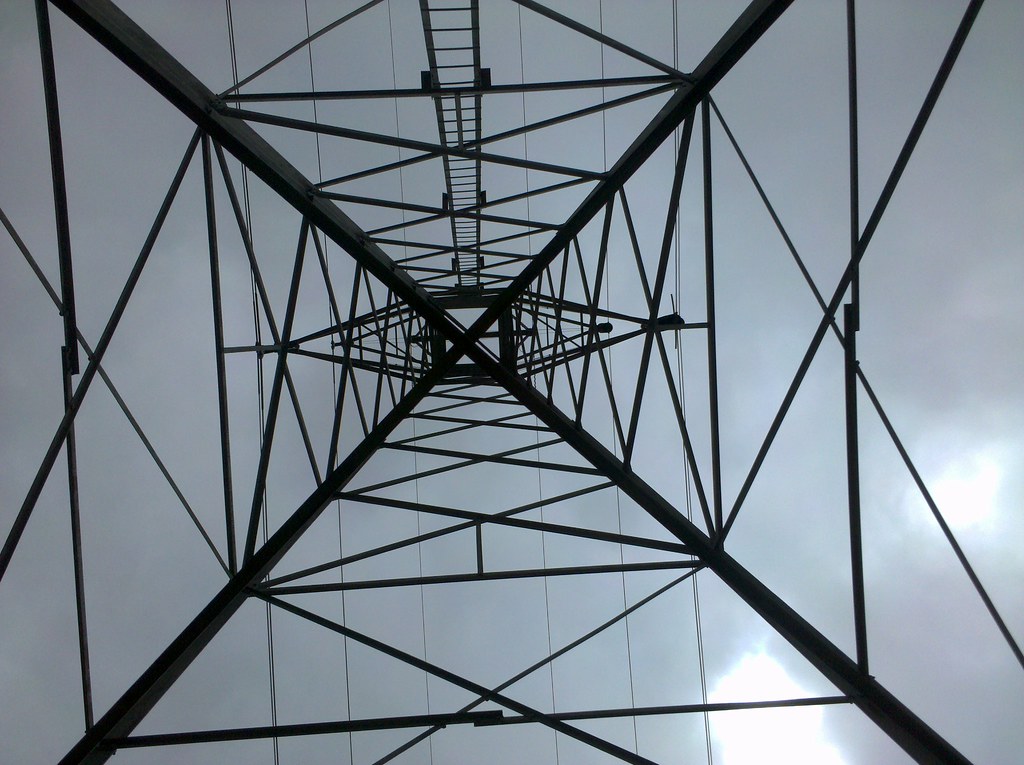 The geometry of electricity transmission 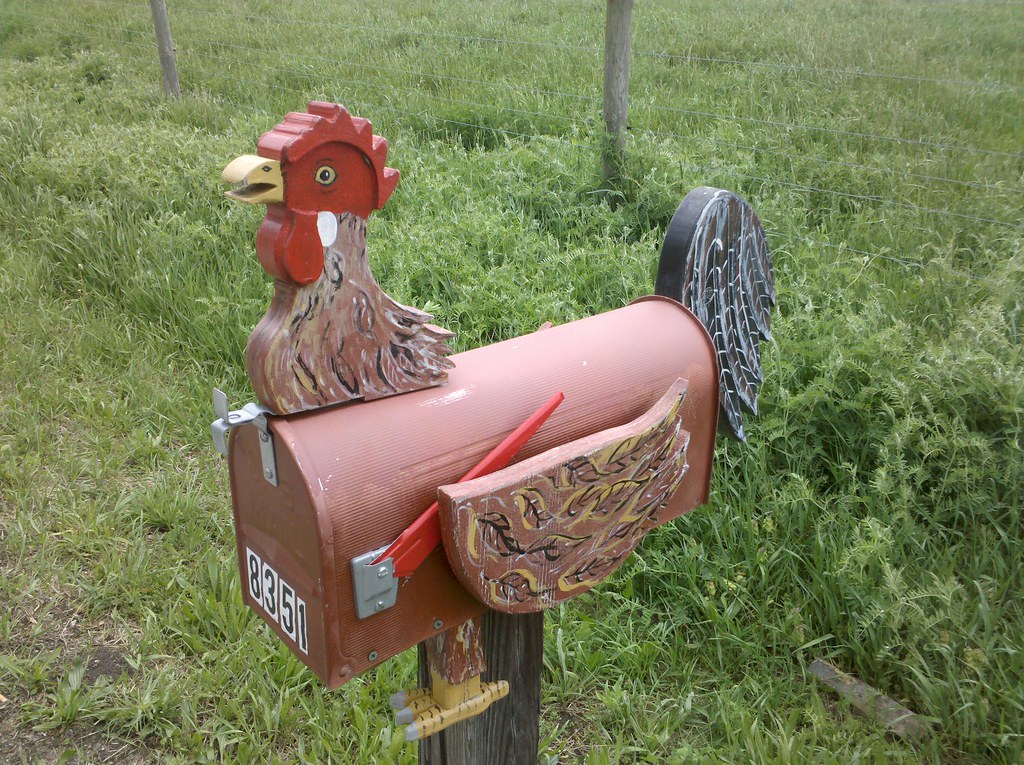 I feel like this would make more sense if it were a hen, and facing the other way. 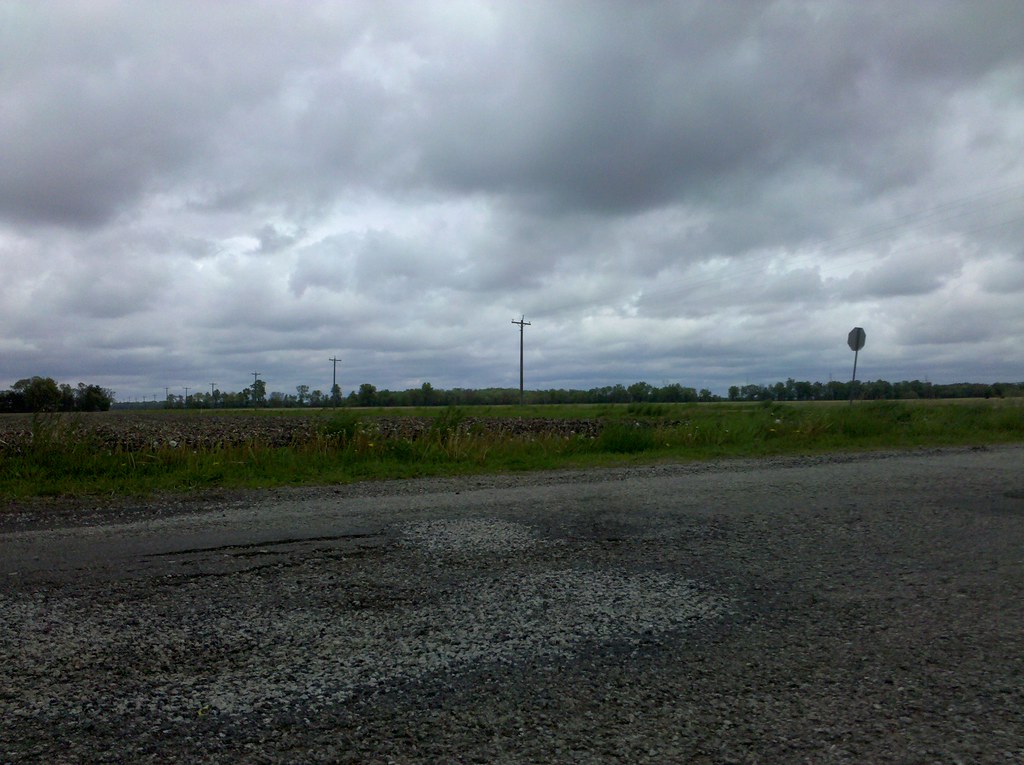 There was no sign, but I crossed into Central Time somewhere back in this picture when I went from St. Joseph County into LaPorte County. I asked a guy at a nearby house if I had crossed into Central Time, and he said that technically I had, but that they effectively live on Eastern Time because the nearest town is Walkerton, which is in St. Joseph County.

Indiana is rather confusing when it comes to time zones. 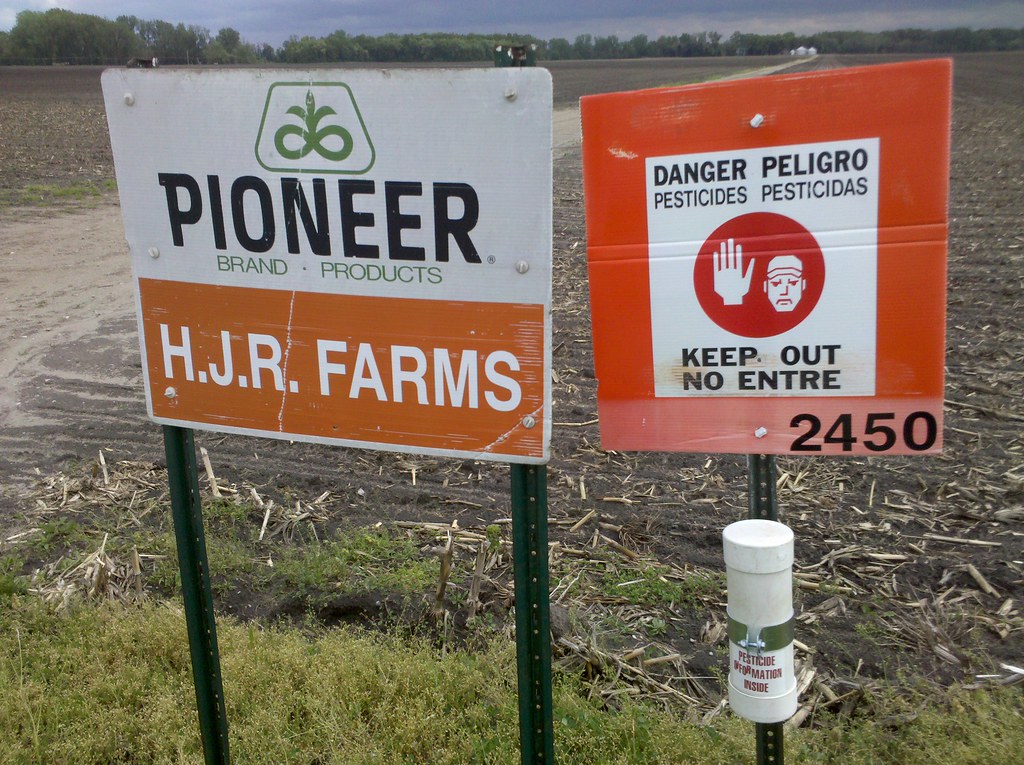 That little tube says "PESTICIDE INFORMATION INSIDE". I thought maybe it was supposed to be public information, but I was unable to open the tube. Does anyone know what this is all about?

Day 39: There's a peanut car on my sunflower seeds