The men behind the Runabout! 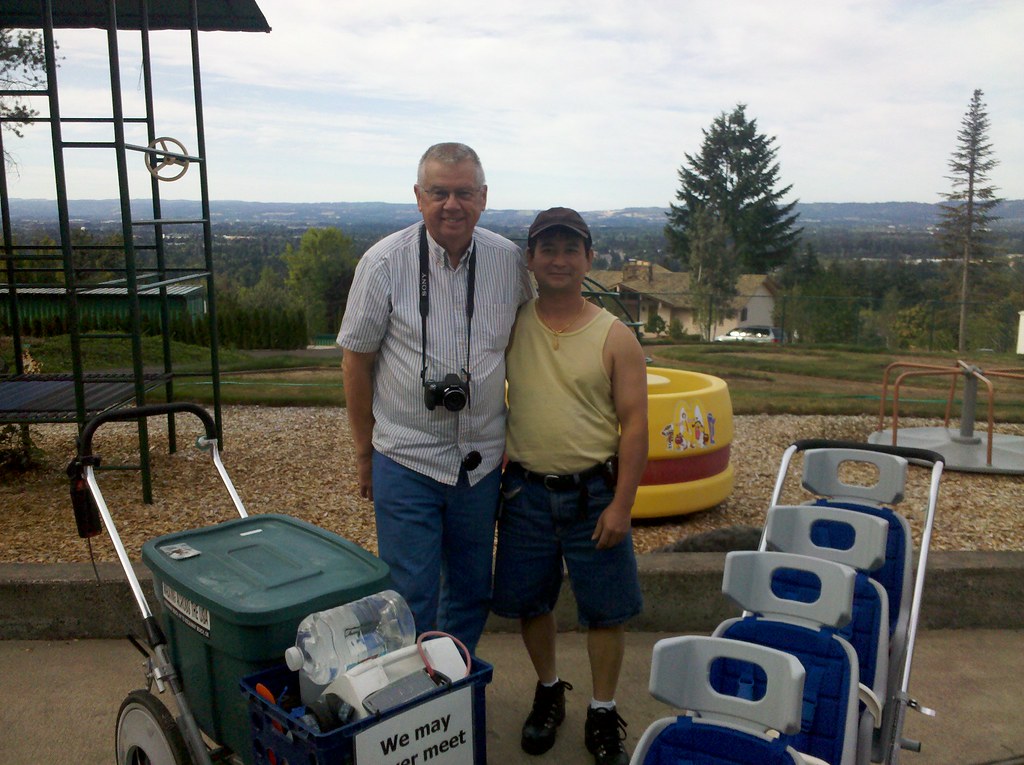 Meet Roger (left) and Buddy, the guys who designed and built, respectively, my extraordinary Runabout stroller. I've pushed that poor thing 3000+ miles across some extremely rough terrain, never once oiling it or performing any other maintenance, and it's still rolling like a champ. Absolutely amazing.

I also spent the night at Roger's house. He took me and his grandson, Bailey, out to dinner at Huber's, the oldest restaurant in Portland. At Roger's recommendation, I had a turkey dinner (their specialty) and a Spanish Coffee (the preparation of which involves, among other things, the tableside ignition of booze). And not to be outdone by some restaurant, Roger cooked up an enormous feast for breakfast this morning before I left.

Roger and his wife, Jan (who was unfortunately sick during my visit), used to run the well-remembered Ice Cream Saloon in Beaverton for many years (in fact, our host at Huber's remembered going there as a kid).

A man of many ideas, Roger built a vertical (to drain the grease without mess), infrared (to cook the meat evenly) hamburger broiler for the Saloon. Among other works-in-progress are a kitty litter scoop and a truck-mounted sawbuck. And in addition to the Runabouts, Roger and Jan are also currently making BMX seats (they used to run a BMX track next to the Saloon) and fruit syrups. Quite a diverse line of products!