Croton’s waves in all their glory troop in melody along 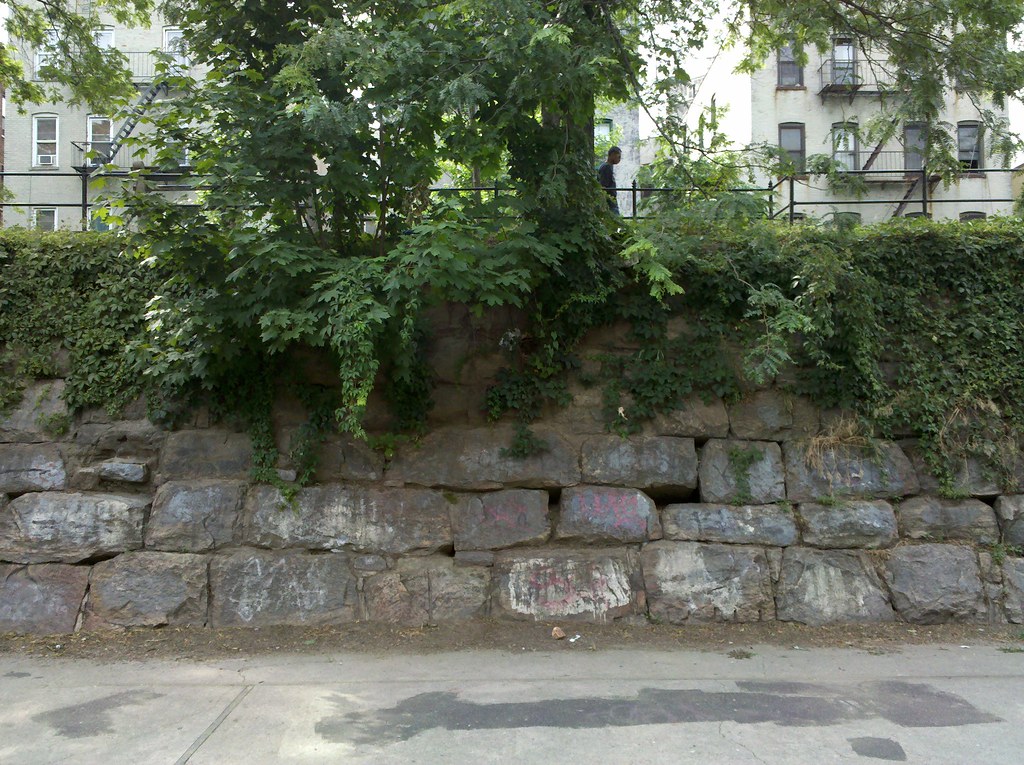 Encased inside these stone blocks here in the Bronx lies a marvel of engineering, perhaps the most important work of infrastructure in the entire history of New York City: the Croton Aqueduct.

By the 1830s, there was a serious shortage of fresh water in Manhattan. The Hudson and East Rivers are brackish, and much of the island's limited amount of surface and groundwater had been contaminated with sewage and industrial waste. As a historical sign in a nearby playground puts it: "What if, each morning, to get a drink of water, you had to take your bucket and walk six blocks to the public well where you would wait in line for some water? And what if the water you got smelled so foul that you might have to douse it with a generous splash of whiskey to cover its taste?"

These unsanitary conditions facilitated outbreaks of cholera and yellow fever, and the overall scarcity of water made it difficult to fight the fires that were becoming more and more numerous as wood-framed houses proliferated across the city.

To remedy these increasingly critical problems, the city began constructing a massive water supply system in 1837: a gravity-fed aqueduct that would run 41 miles from a newly created reservoir on the Croton River in Westchester County all the way down to Manhattan.

The aqueduct opened in 1842, and the occasion was marked with much fanfare. There were parades, speeches, songs (such as "The Croton Ode", quoted in the title of this post), and a 50-foot jet of Croton water spouting from a fountain in City Hall Park. Many notables were on hand for the ceremonies, including President John Tyler and two former presidents, John Quincy Adams and Martin Van Buren.

Within a few decades, however, the aqueduct could no longer provide sufficient water for the rapidly growing population, and a second, larger one was built, also carrying water from the Croton Reservoir. The original Croton Aqueduct is no longer in use, and the city has built new supply systems that bring in water from the Catskill Mountains. The second Croton Aqueduct still supplies about 10% of the city's water, although, as we learned earlier, it's currently offline pending the completion of a filtration plant.

And now the Old Croton, enjoying a lengthy retirement after its storied career, is largely a place of recreation. Hiking trails and walking paths follow much of its course; in fact, you can see a fine bipedal gentleman taking his afternoon constitutional atop the aqueduct in this very photo.