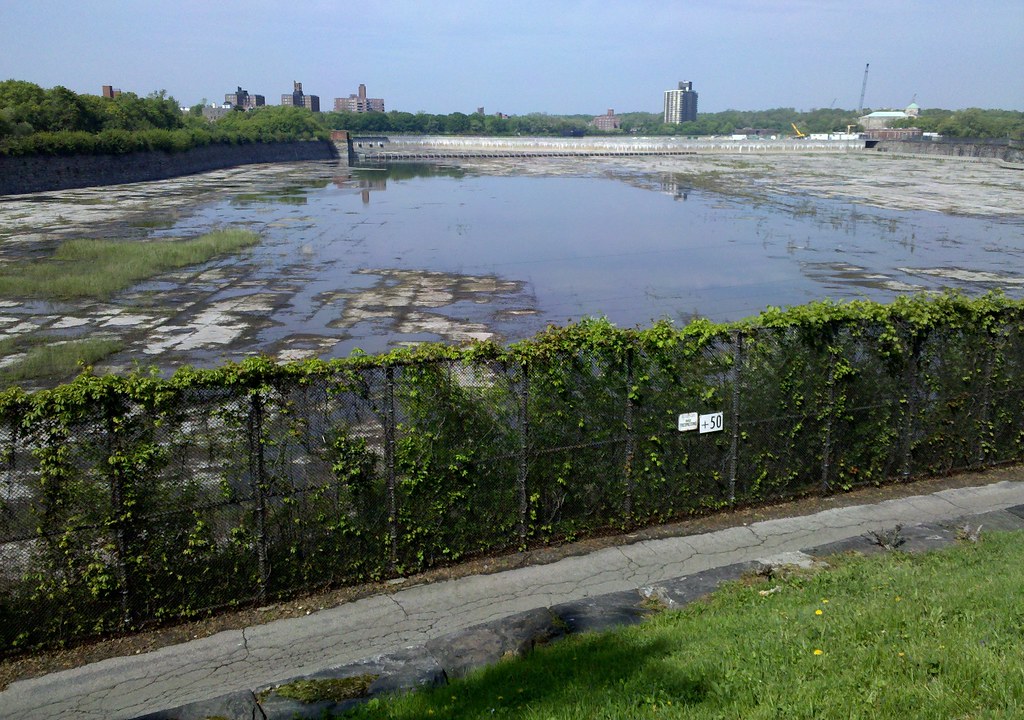 This was once the site of the Jerome Park Racetrack (built by our buddy Leonard Jerome), which hosted the Belmont Stakes from 1867 (its inaugural running) to 1889.

The city bought and condemned the racetrack to make way for this reservoir, completed in 1905 and filled with water from the New Croton Aqueduct, which, despite its name, is the oldest aqueduct still part of NYC's water supply system. The reservoir has been used only sparingly since 2008, when the New Croton system temporarily went offline pending the completion of a water treatment plant, but it's expected to be back in action within a year or so, when the aqueduct is reactivated.